Comms Strategy and Tactics for Startups

Lulu Cheng Meservey, VP of Comms at Substack and former co-founder of TrailRunner International, shares intentional comms and PR strategies for early-stage startup founders to implement even before launching. 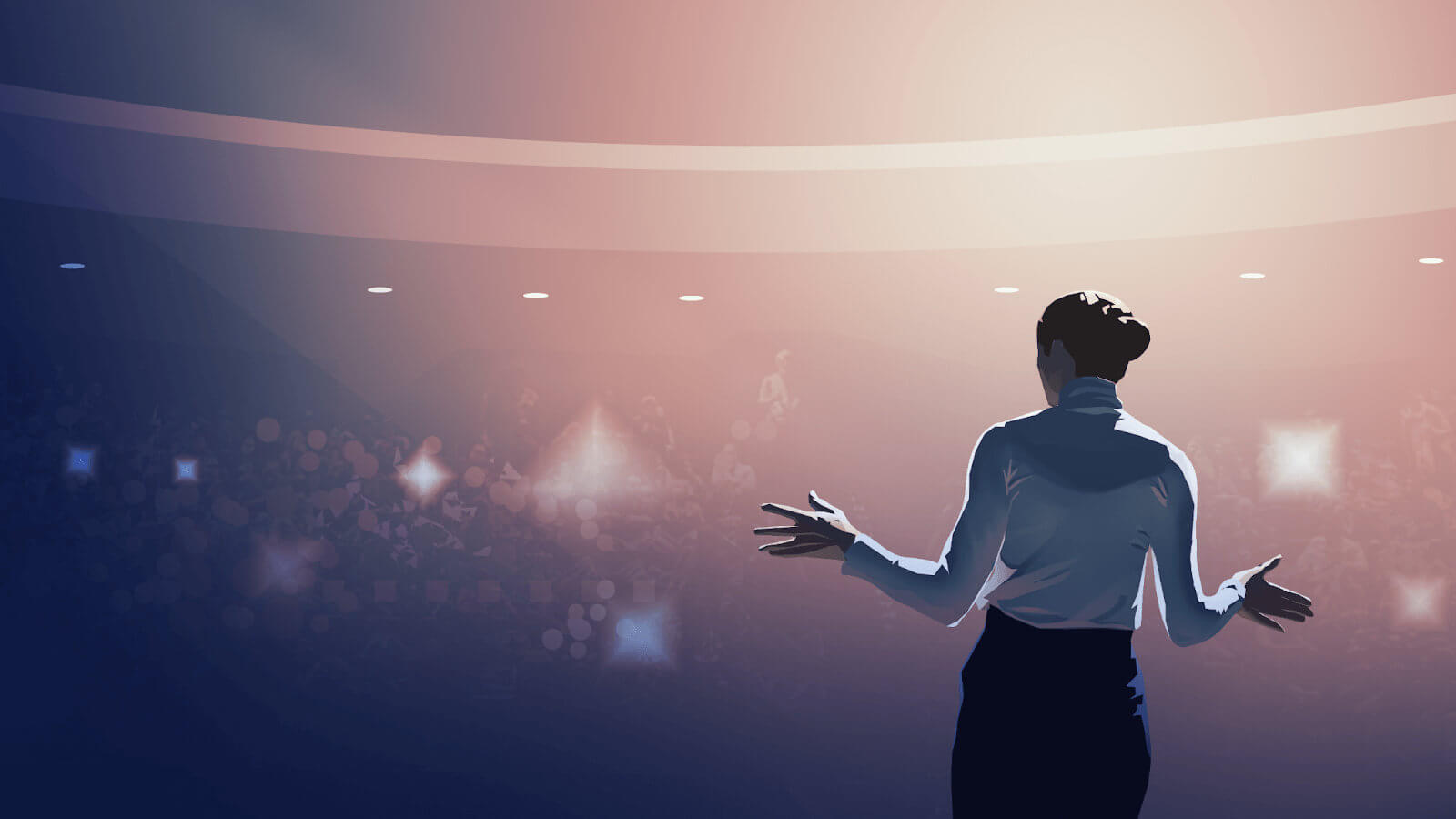 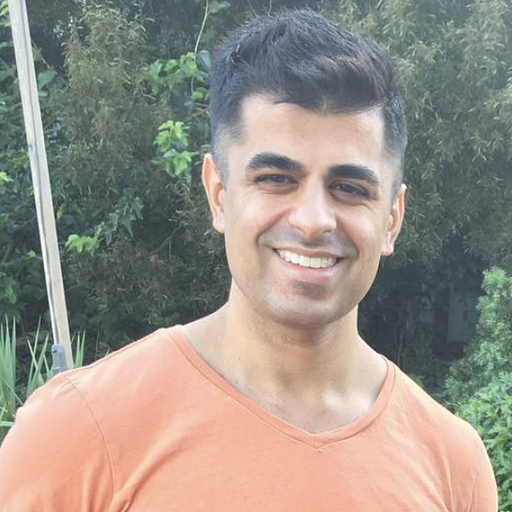 This article is the first in our annual series Year in Preview.  In the 4 years since we launched the On Deck Founders program, we’ve seen +1000 companies get started and raise over $2B in funding.

‍Lulu is the author of Flack, a new playbook for communications. She is the VP of Communications at Substack and formerly the co-founder of TrailRunner International. Here, she shares her expertise on how to approach comms and PR as a startup founder by intentionally defining a narrative and crafting a strategy using a simple formula. This essay is based on an interview with Lulu for Execs, our podcast where we interview executives from high-growth companies.

For a startup, the purpose of comms is to help make money. Even if your company has an altruistic mission, which it hopefully does, you’re not going to have the impact you want unless you can make money, grow the business, and thrive as an enterprise. Having an intentional comms strategy is about making sure that your communications are aligned with this goal.

You will typically be trying to win over prospective hires, customers, or investors, and there are three things in particular you’ll have to convince them of:

Convincing people of these things, especially when your startup is new and ambitious, will be hard. It’ll be much harder if you aren’t intentional about your comms from the beginning.

A common but understandable mistake is to get your business off the ground and then tell people about it by layering in comms later on. Instead, you’re executing your first comms tactic the first time you tell someone about what you’re building — so make sure you’re putting the right story out into the world.

Comms should be a priority before your startup has even launched. That’s when you can start positioning yourself as the founder of your future startup ⁠— even while you're in stealth, or even when people don't know you have a company yet.

For example, if you’re planning on starting a company selling a high-tech cheese grater in six months, but you haven’t told anybody about it yet, you can use that six month period to position yourself as the world’s foremost expert on the intersection of cheese and grating stuff.

The goal is to build a credible track record and drop some reputational breadcrumbs that show why you are the person that makes sense to lead your startup by the time the company launches.

That way, when the time comes you can focus on launching your company without having to also worry about launching yourself as a credible founder at the same time. Instead, you want to have already established as much relevant credibility as possible by the time you launch so that when you tell people about your startup, they think “of course this person would launch this company”.

As the founder, you will be the human mascot of your company. You are the first thing people will look at to determine how credible a company is, how promising it is, or how visionary it is. There has never been an instance where the founder of a startup is not seen as a serious or knowledgeable person, but the company is still seen as credible.

Positioning yourself as an expert or credible person in the space is therefore essential. But how do you do this?

What you should not do is try to go out and suddenly become a “thought leader”. To be a thought leader, you need to have thoughts — and you also need people to lead.  Putting yourself out there without a real following or having genuine insight won’t have much of an impact.

Step 1: Define a narrative for your company and for yourself

Create an intentional profile of yourself by asking A) What is your company narrative? B) Working backwards, does your founder narrative need to be? C) What are the proof points of that narrative, and how do you fill in the gaps?

Choose your moments for presenting yourself to the world and make them as high impact as possible.

You can do this by first defining the narrative of the company you’re trying to found. Start by spelling out WHAT you do, WHY you’re doing it, and HOW you’re going to get it done.

Then examine your own story. What do people need to know or believe about you, the founder, to believe that this endeavor must be done by you?

Next, conduct a self-audit: ask yourself what proof points can help demonstrate the three things you want people to believe about you.

For example, if you’re launching a cheese-grater company, maybe you want to be seen as an expert on 1) cheese, 2) dairy, and 3) cooking safety. What about your history and professional qualifications, education, or personal story would provide proof points to legitimate your expertise?

Maybe you were raised on the knee of your grandmother who was a famous Italian chef — that’s one proof point. Maybe you traveled to Sicily when you were in college and ever since then, you’ve been obsessed with making your own buffalo mozzarella, and that’s another proof point. Lastly, maybe your first job out of college was working at the ER and people always came in with cut hands from low-quality cheese graters.

Now, critically, this can’t just be your private version of you that lives inside your brain, you have to actually put it into the wild.

Next you need to define your target audience based on the business priorities you’re trying to achieve.

For one startup, a business priority might be that you need to recruit a bunch of engineers and build an MVP before you can do anything else.

Another startup might need 100 people to order their software product and validate demand to get it off the ground. Another might be targeting venture funding as a nextstep.

Usually, hiring people, getting venture funding, and getting customers are among the top goals of an early-stage startup, but obviously it varies.

Once you’ve determined your priorities, you can use that to narrow down your audience.

Let’s say your #1 business goal is recruiting software engineers who live in the Bay Area or Miami. In such a case, you know that your audience persona is the 20-something technical wunderkind living in a tech hub.

Next, you need to find the right mediums to get your message out into the wild.

When you know what your target audience looks like, find out where that audience lives intellectually in terms of the ideas that influence them  — in the example of hiring engineers, your target audience might be on Hacker News, active in a couple of key Discords, going to happy hour events, or reading Astral Codex Ten.

Knowing this is critical to meeting your audience where they are, which lets you understand how to prioritize your communications as a company. If your audience is software engineers, you probably don’t need to target the Financial Times or Vanity Fair, for example. These titles might have a big audience in general, but it’s not a priority since it’s not the most effective way to reach the people you need to reach.

Instead, you should be looking to get mentioned in publications that are widely-read by software engineers in startup hubs like Packy McCormick’s Substack Not Boring, or Lenny’s Newsletter.

You’ll also need a platform for your personal communications as a founder. Think carefully about what medium best suits you. Some people are really good on video and would thrive on YouTube, some are good writers and a Substack makes sense, some are better in shorter-form like Twitter, some people are good speakers and should consider podcasts.

Based on these factors, make a decision of the one (maybe two) platforms to really invest in at the beginning. You don’t want to be spreading your efforts thin across every platform and just doing a mediocre job across all of them — just get good at one place.

Pulling it all together: a formula for effective startup comms

Figuring out a comms strategy for a startup is almost like solving a mathematical equation. First you define the variables, which are, to recap:

Once you’ve solved for each of these variables, you’ve reverse-engineered your comms strategy.

The wrong way to go about it is to spray and pray; trying to simply attract as many eyeballs as you can by pitching big legacy media outlets, TechCrunch, or some other widely distributed media property, irrespective of whether doing so will have a direct impact on your business goals, because you happen to have a connection there or you have the vague idea that it will “get the word out.”

To be effective, you have to have discipline in comms. Otherwise, you will just waste time and credibility when you need to be efficient with both.

As mentioned earlier, the north star of comms is helping your company grow as a business. Comms therefore has to run the same way your business runs — meaning that you need to get more out of it than what you put in.

This means picking the people that actually matter to your business and figuring out a way to own that audience and win a place in their hearts. If you try to win over the entire world, you’ll exhaust yourself without tangible progress. Using these simple guidelines, you can bring focus and discipline to your communications, making sure that every ounce of effort advances the growth of the business.

Note: If you’re an experienced professional looking to gain clarity on your next move, check out Execs On Deck

Related Articles:
Guides
How To Craft A Fundable Founder Pitch