Why You Should Consider No-Code for Your Startup

No-code tools have progressed farther than most realize, and are reaching the point where you can build almost anything without having to learn how to code. In this article, we discuss the advantages of no-code and the lingering obstacles to its adoption as it reaches an inflection point. 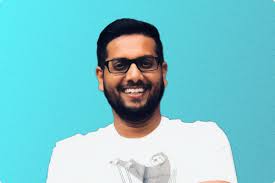 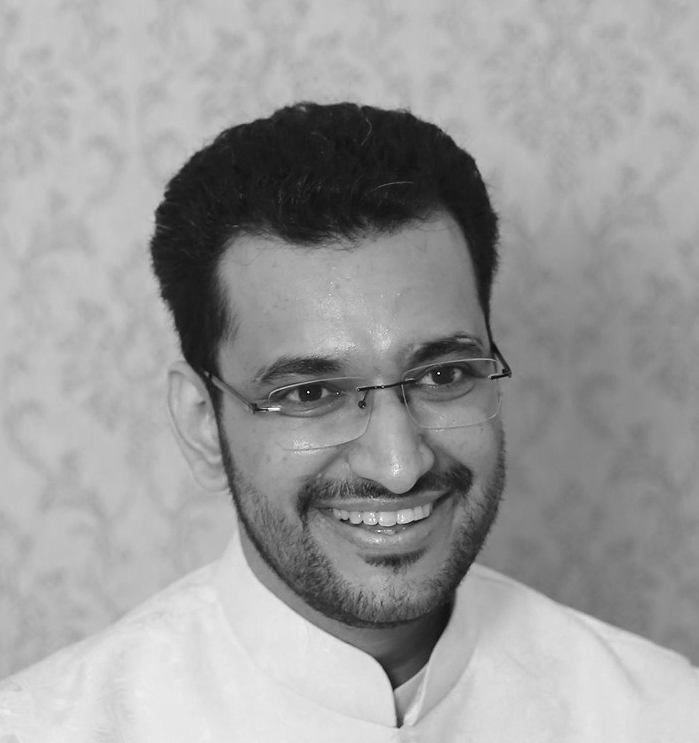 Much like Shopify ‘armed the rebels’ by allowing anyone to build an e-commerce store, a slew of no-code tools have recently emerged that are empowering people to build anything without needing to know how to code.

No-code is somewhat of a misnomer. There’s always code – but with no-code tools, the code is the backend that’s hidden for users, who use drag-and-drop interfaces and simple workflows to accomplish things that would have previously required a degree in computer science and hundreds if not thousands of hours of programming experience.

No-code platforms are a $16 billion market and are expected to grow to over $84 billion by 2027. And with good reason. No-code tools have lowered the barrier to creation, enabling the 99.7% of people who don’t know how to code to build everything from websites to complex web apps with little to no capital or outside help.

The no-code movement isn’t only empowering founders or indie hackers — it’s also sweeping across every function within tech-enabled businesses.

Many founders, for example, are turning towards no-code MVPs for validating their business models and testing the market. It’s easy to see why. No-code is cheaper and faster than native development, and the time and money saved can be put towards marketing your product or talking to customers.

No-code MVPs make it easier to stress test ideas and determine whether you have the foundations of a sound business. They shift a founder’s focus to why and what they’re building and away from how they’re going to build it, reducing friction in the critical validation phase of an idea.

Take Otter, which is tackling the broken childcare market and helping stay-at-home parents make money. The company’s thesis of an Airbnb-like marketplace for stay-at-home parents was validated using no-code tools. Its success led to a $4.8 million seed round from a16z, and $23 million in Series A funding from Sequoia.

Another example is Qoins.io. The app helps students pay off their debt faster through financial coaching and automatic payments. It has processed over $20 million in transactions and its backend infrastructure is built entirely in Bubble.

A 2020 IDG survey found that 70 percent of employees don't have the tools to creatively solve complex problems or to change archaic business processes on the fly. No-code is changing that. More and more, instead of waiting around for IT, employees are leveraging no-code to build solutions themselves.

The potential of the enterprise no-code use case is reflected in the rise of startups like Retool, which comes with a set of building blocks that can be used to speed up the creation of internal tools like admin dashboards and custom CRMs. Retool raised $75 million earlier this year at a valuation of almost $1 billion.

At startups and enterprises alike, no-code tools are streamlining workflows. Notion, which just raised $275 million at a valuation of $10 billion, is a great example. 90 of Forbes’ Cloud 100 companies have a Notion team workspace, and about 28% of global startups on Crunchbase that have raised over $1 million are also using the platform.

The adoption of no-code is only going to accelerate from here. Gartner estimates that over 50 percent of medium to large enterprises will adopt a no-code tool by 2023.

As Karthik Puvvada, Program Director for On Deck's No-Code Fellowship, recently contended on an episode of The Deep End, there is another advantage of no-code: audience building.

Building no-code tools in public before they're perfectly polished helps attract a following that is curious about the building process. Experiments with no-code tools and stories about those experiments help to signal to the internet that the founder is serious about a certain niche.

When you build in public, people see the end product, the journey to get there, and the lessons learned along the way. It's an incredibly authentic way of carving out your niche and attracting like-minded people.

With every trend come people who strongly oppose it, and no-code isn’t an exception. Detractors have argued about security, scalability, and other problems with no-code tools – and while it’s important to know limitations, it’s also important to know when they actually apply.

In addition, as the no-code ecosystem reaches maturity, the validity of many of these criticisms is melting away. Let’s run through a few of the most common objections.

The clearest counterpoint to the ‘don’t scale’ argument are companies that have successfully scaled using no-code.

Take On Deck, for example. It’s thanks to our no-code infrastructure that we’ve been able to scale from one fellowship to over fifteen in a year, supporting thousands of fellows in the process. At any point, our no-code stack is handling tens of thousands of potential applicants across twenty different business units.

Here are a few examples of our no-code stack for a few common workflows.

Here’s a deeper look into how we scaled from 3 to 13 programs in a year by using Retool, saving us hundreds of hours of manual work.

And we’re not the only ones. To give just one more example: Vensy Krishna, an On Deck No-Code Fellowship alum (ODNC1), built a no-code app in just two hours when COVID began ravaging India that successfully collected lifesaving resources to fight against the spread. This app was used by over 400k people.

No-code tools rely on abstracting away complexity. That, however, necessitates making a tradeoff with optionality.

Let's take the example of a button. Either I could build it myself and have the option of selecting the color, its size, the text font, the padding and margins between elements, and so on...or I could use a no-code tool.

To make it accessible, the tool hides hundreds or even thousands of lines of code behind a single ‘create button’. The result is that users can create a button quickly, but they have to work within the design and architectural choices of the no-code tool.

We get lightning-fast speed of execution and user-friendliness, but trade it for optionality.

So when we are building something that isn’t a common use case scenario (custom features or niche integration requirements and so on), the need for custom code arises. Hence the ‘no-code tools are limited’ objections.

However, with the rapid pace of development within the no-code ecosystem, this is becoming a shrinking concern.

Many no-code tools recognize the need for flexibility and now offer low-code capabilities that allow engineers to extend platform capabilities. Others are built for engineers first and equip them with building blocks for quicker execution, while still being custom code friendly.

These solutions reduce the risk of being locked into an ecosystem with no recourse if requirements change. Instead of a pale imitation, no-code becomes a tool to augment and accelerate native development.

Now that we’ve addressed no code’s most notable criticisms, the question remains: what can you actually do with no-code?

“There’s not a no-code tool for that”

This belief lags the reality of how fast no-code has progressed. We’ve now approached the point where ‘there’s a no-code tool for that’ is the new ‘there’s an app for that’.

No-code is not only about building simple software, either. People have made everything from Facebook and Airbnb to Uber and Netflix in no-code to showcase that anything is possible. This fully functioning Twitter clone, for instance, was built entirely in Bubble.

Here are some examples of what you can create in a single weekend through no-code:

What does the future hold?

As referenced above, only 0.3% of the world’s population knows how to code. What happens when you enable the other 99.7% to build as well? That’s the potential of no-code.

Over the next couple of years, we see no-code becoming the default first step in development because of speed and efficiency. What’s more, we predict this trend will accelerate further due to the acute engineering talent shortage across the world funneling more people into the no-code ecosystem.

As more people use increasingly competent no-code tools to build solutions for the most common use case scenarios, we foresee a crunch at the bottom end of the market.

The bottom of the engineering talent market is full of people doing ‘routine’ tasks, such as building simple landing pages, which are easy to execute and don’t require a strong grasp of engineering principles. This bottom section of the talent market now is in direct competition with no-code tools that enable non-coders to do these tasks at a fraction of the cost.

This overlap could cause a massive crunch. As people DIY simple solutions themselves with no-code, low-skill developers will either have to upskill or lose their jobs.

Overall, we see no-code and low-code as democratizing forces for people who don’t know how to code, and assistive for those who do.

The no-code journey can be a lonely and overwhelming one. It’s still a nascent space so the onus of doing everything falls squarely on you. That’s why intrinsic motivation is so critical for success as a no-coder.

A lot of people in the space are solo founders or bootstrappers, and they might not be as good of a marketer as they are a builder. Projects thrive when you can bounce ideas off people, get tailored feedback, iteratively improve, and get unblocked when you need help.

You could start alone – or you could find a community to help you.

While there are a lot of communities springing up to support no-coders, the On Deck No-Code Fellowship is what intermediate and advanced no-coders can truly call home. Now in its third cohort, ODNC is tailor-made for:

Over the last year, we’ve refined the program experience to address the most pressing problems no-coders face.

Whether it’s accountability (Mastermind Groups), feedback (Think Tanks), forcing functions to ship (Capstone Projects), public visibility and exposure (Demo Days), or a community that cheers you on every step of the way, ODNC has it all.

Everything we do is underpinned by our community’s Build in Public ethos and generosity of spirit. As the barriers to creation melt away, the question becomes – what will you build? Or as we at ODNC like to pitch it: what will we build together?

Related Articles:
Chief of Staff
How to Get OKRs Right

When it comes to OKRs, Harry Siggins has seen it all. Harry leads internal OKR development as Chief of Staff at Gtmhub, a global leader in OKR software and consulting for organizations. In this guide, he leverages his rich expertise to articulate the value of OKRs and highlight six killer mistakes to avoid when implementing them at your company.

When it comes to investing, your emotions matter. Keeping them in check when analyzing the markets is key to avoiding losses and capitalizing on opportunities. Callie Cox, Senior Investment Strategist at Ally Invest, draws on her personal and professional successes in finance to bring you habits for strengthening your mental fortitude when investing.