A Short Guide to Thriving at Early-Stage Startups

Working at early-stage startups is often a test of your ability to keep things moving forward amidst constant change. If you’re coming from a larger company, or if you’re transitioning from a non-tech industry, here are five mindset shifts that help you adapt and thrive at a startup. 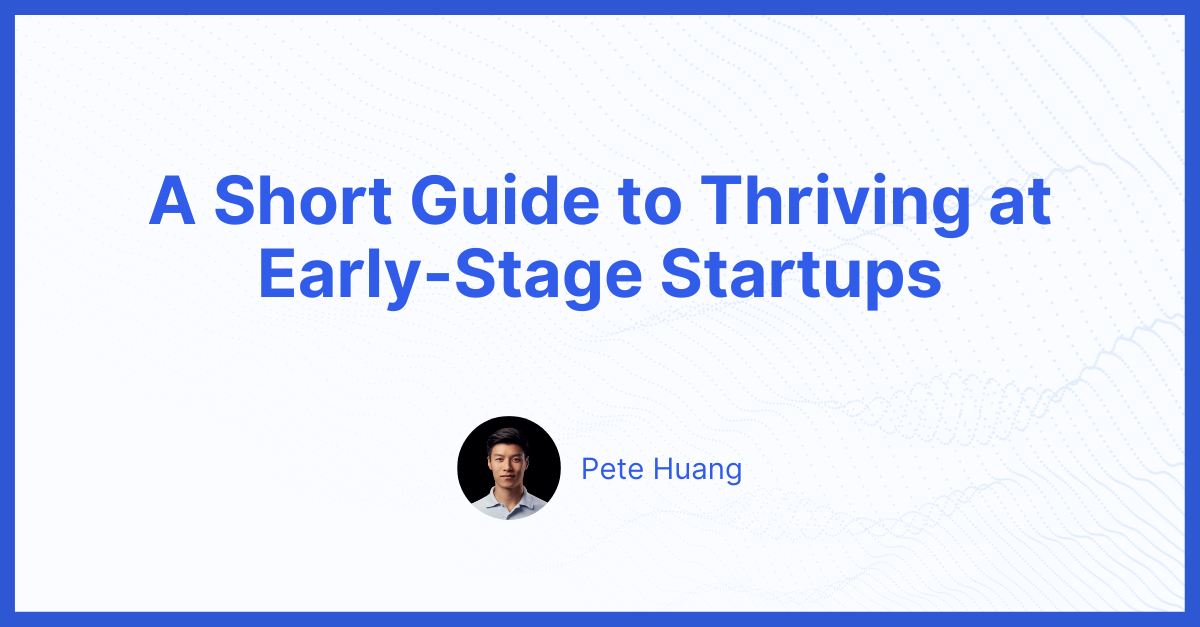 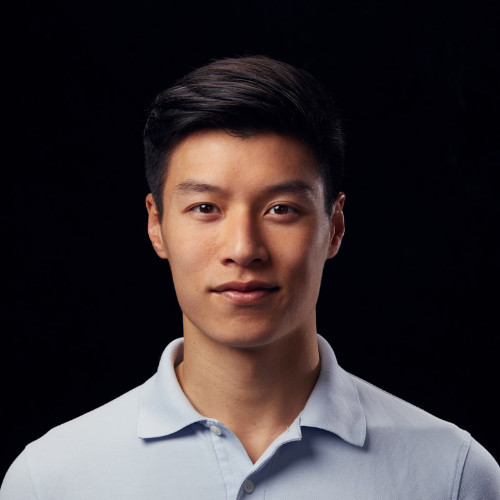 Pete Huang was employee #15 at Airtable, where he witnessed the company’s early days all through its growth to its $270 million Series E. Pete was also an early employee at WorkOS. Today, Pete works on Business Operations and Strategy at Coinbase. This article is an abridged summary of Pete's talk for the On Deck First 50 program.

Thriving as an employee in an early-stage startup requires a particular mindset.

Working at early-stage startups is often a test of your ability to keep things moving forward amidst constant change. If you’re coming from a larger company, or if you’re transitioning from a non-tech industry, here are five mindset shifts that help you adapt and thrive at a startup.

In startups, it’s less about “working your way to the top” and more about “stepping up to the plate.”

For people coming from more mature organizations, this takes some getting used to. Lots of people in the corporate world have their minds rooted in traditional ideas of career growth. They think in terms of promotion cycles, or the traditional career ladder working up the hierarchy from manager to director to VP.

Early-stage startups, by contrast, tend to have a flat structure. Titles don’t mean much, and you should expect your title to change many times. If you are after title growth and externally legible markers of steady, linear career progress, then startups may not be the right place for you.

The reason to join startups is to create an outsized impact. Even if you aren't an expert, your pace of execution at a startup can make you one of the most knowledgeable people exceptionally quickly. It offers a unique blend of fast paced growth and opportunities to learn. This is critical as startups often lack formal mentorship.

In startups, the organizational structure will be fluid and form as you go along according to your ability to create an impact. The opportunity for fast, upward career mobility according to ability is rarely found in more mature organizations.

2. Give away your legos

Molly Graham – an experienced startup builder and operator – coined a term I always go back to: “give away your legos.”

This is difficult for many people, who tend to think along the following lines:

"This was my territory. I started this way back when, and I'm going to keep it under me. I'm going to start building my empire around it."

This mindset is not productive at a startup. Even if you're working 16 hours a day, your impact has a natural upper bound if you can’t recognize when you’ve hit the point of diminishing returns and it’s time to hand something off.

Perhaps your project has run its course, and it’s time to move on to the next issue. New problems may demand your attention. You might hire someone that has more experience than you in a domain, and is better suited to scaling something you’ve started.

In an early-stage startup, the way you create lasting impact is by empowering other people to take over your work and so they can go deeper into it, improve it, and create more value for the company.

One of my personal predictors for whether someone would be great in a startup environment is how they react to things that they don't know.

I'll give you an example. During my time at Airtable, we would ask candidates to set up something using Airtable and Zapier. Since we were so new, most candidates haven't done this before, or haven’t done it in the way that we were asking them to.

You can actually learn a lot about someone based on how they grapple with an unfamiliar problem. Some people start deflecting, talking around what we’ve asked them to do, "Oh, I've never had to do this before. Usually, we had someone else to do this, and so I typically don't really engage in it." Basically, doing anything they can to get out of answering the question itself!

At an early-stage startup, whether you like it or not, you will be tasked with something you’ve never done before. One time, I had to build a demo pack for a sales call with a major prospect. I had 20 minutes before the meeting started. Scared the living hell out of me! But that's just what happens at a startup. I pulled through. You just have to get used to it.

4. Learn to zoom out then zoom back in

Startups require a lot of synthesis thinking: i.e. being thoughtful and zooming out to find the highest impact work, and then zooming back in to solve that problem all the way through, down to the nitty gritty details.

This is uniquely hard work, especially at the pace needed in an early-stage company.

Take the example of a previous startup I worked at called WorkOS. When I joined, we were planning to have a fully-staffed sales team to drive growth for the next 2 years. But that sales team didn’t exist yet.

The process of zooming out and then zooming back in caused us to ask ourselves several key questions that needed answering before we could execute our plan:

For a startup, 99.9% of the future is wide open and undecided. Learning how to ask the right questions at a high level, then figuring out the detailed answers to those questions in order to execute, is part of what makes working at early-stage startups so unique.

5. Take care of yourself

The reality of a startup is that you will work really hard. You can’t coast in a startup. For example, I've noticed that the most effective startup operators think about execution in hours, not days and weeks.

The pace of execution in startups means that it’s very easy to burn yourself out. Do everything that you can in your power to not let that happen. Check in on your mental health more actively than you do today. Take your time to be healthy physically.

These are the foundations for doing effective work; don't let those things slip away.

The bottom line: working at an early-stage startup isn’t easy, but there’s a lot of upside

The best early employee mindset is one of high agency, where you adopt the belief that you can and will get through any obstacle that the world and the market throws your way.

It can be tough, demanding, and requires you to re-program some of your habits.

The upside is that you can learn much more about yourself, your limits, and the process of company-building than almost any other context. For the right type of person — the kind that enjoys a challenge — startups can be professionally rewarding and personally fulfilling.

On Deck is launching the On Deck First 50 Fellowship to help talented operators find their next role at a breakout company. The first cohort kicks off in January.

In this guide, Ming Lu (founder of Sensible) and Vik Duggal (founder of RevPipes) draw from their decades of experience navigating the startup landscape to detail how to choose the right stage startup to join, and why that decision should be anchored in an accurate assessment of your risk tolerance and career priorities.