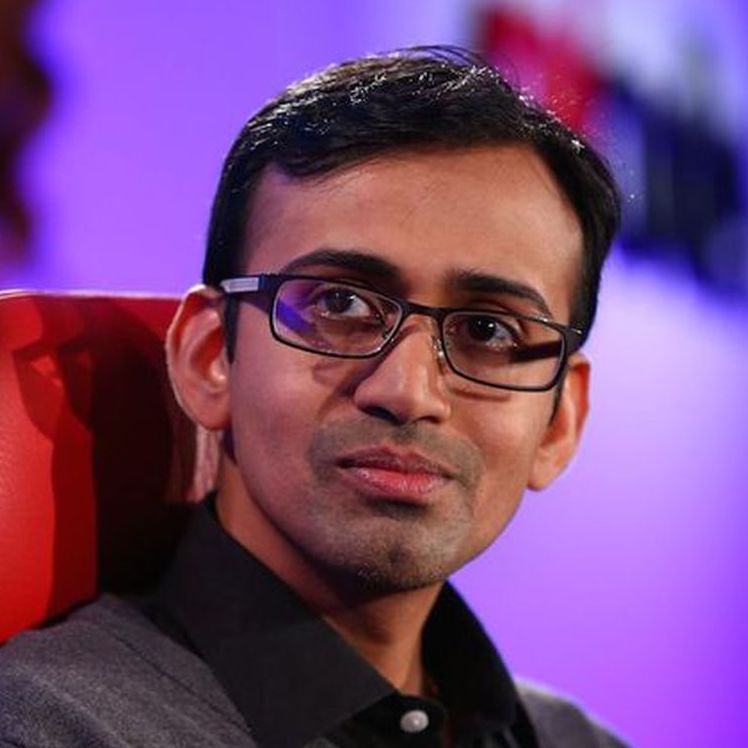 Anand Chandrasekaran
Investor
,
The post originally appeared on MikeWilner.com. It was republished with permission.

Anand Chandrasekaran has a story worth admiring. As a teenager in a small town in India, he set and met his goal of attending Stanford — and after that, kept going. He’s co-founded companies, led product for multiple successful businesses in the US and India (building 5+ products often from scratch with 10M+ users), and built an enviable angel investment portfolio on the side. He shares how he’s leaning into his next chapter of change: seed investing with a confidence boost from On Deck.

“The only constant in life is change” is a common adage from Greek philosopher Heraclitus. While we may understand and agree with the meaning, few of us have learned to consistently let go of expectations and lead with the vision of what’s possible. Anand Chandrasekaran isn’t like most of us.

Taking a chance on change

Anand grew up in a small town in India. He read Only the Paranoid Survive by Andy Grove, former Intel CEO, as a freshman doing his Bachelors’ engineering degree. Grove’s central point was to raise leaders’ awareness of the potential changes that may threaten their businesses, but more importantly that inaction is the true killer.

Anand took that sentiment to heart and set his sights on big goals: attending Stanford in the heart of Silicon Valley. He attended a graduate program there — the first to do so in the 70-year history of his hometown college.

“My thinking was that I'm going to give it a shot. If it doesn't happen, I’m no worse off, but I might as well shoot for the stars.”

Stanford kicked off Anand’s habit of not just adjusting to change, but seeking it out. Directly out of graduate school, he co-founded and led product and marketing at Aeroprise, which provided software solutions for mobilizing IT service management. Navigating the building phase of a startup — during the dot-com bubble and burst of the early 2000s — meant embracing the quicksand of change. It also provided Anand with an understanding of economic cycles and the value of long-term perspective for leaders.

Honing his vision for the next big thing

After Aeroprise was acquired by BMC Software in 2009, Anand shifted his focus on what he identified as the platform of the future — the iPhone. He joined Yahoo to build mobile search in close partnership with Apple. Anand’s efforts led the company to grow mobile search to $200 million in revenue.

While Anand was enjoying building at Yahoo, his eagle vision for changing tides landed on the explosive growth of mobile traffic from the India and China markets. After a chance meeting with Gopal Vittal, the CEO of Bharti Airtel, one of India’s biggest telecoms, Anand relocated to New Delhi and started to build products across music, commerce and payments for Airtel’s booming market. India was rapidly expanding with millions of newly connected mobile users, but the market was dominated by a platform then unfamiliar to Anand (having built products mostly on iOS) — Android. He lept in head first to learn the platform, even using a phone two generations older to better understand and mirror the average customer’s user experience.

Anand went on to lead product for Freecharge, a fintech company, and Snapdeal, India’s leading e-commerce marketplace. But what really shaped his path forward was his willingness to help founders build in the early stages of India’s startup ecosystem.

Anand had a clear blueprint for how to share his knowledge with founders. It was based on the models of generosity shown by the late Rajeev Motwani, a Stanford professor who was focused on the help he could provide as a startup advisor. Anand also credits the example of his grandfather, a doctor who prioritized making an impact in his hometown over his own financial gain.

“One of the things that I loved about Rajeev was that he would give his time generously to technical founders who were trying to start a business. Oftentimes, he’d be told, ‘We'd love to make you an advisor, give you some stock — make this formal.’ His reaction would be, ‘We'll figure the transactional part later, let me help you now.’”

Anand also gave feedback generously to the local founders who asked. This paved the way for opportunities to invest in growing companies during India's cross-border growth. Once it began, Anand’s path of angel investing continued even after moving back to Silicon Valley to join Facebook as Director of Messenger platform.

Seed investing in On Deck

During Anand’s time working on Facebook Messenger, the app reached the 1 billion users mark. After which he joined Five9, a publicly traded cloud contact center platform. There he helped lead the product through a time of the massive global challenge — the COVID-19 pandemic.

Throughout these leadership roles, Anand kept his focus on acting as an advisor to founders and angel investor. He made an early seed investment into On Deck after meeting Erik Torenberg, On Deck’s founder and Chairman. The two knew each other through several other mutual angel investments — and Anand reached out to find out if he could help in On Deck’s growth.

“I've been a huge fan of the thesis of On Deck: to not stop learning after the age of 21 or 22, of having continuous learning when you need to develop certain skills or when you have life transitions — it all goes back to that same philosophy: that sometimes you just need to try and shoot for the stars.”

Unsurprisingly, Anand has also contributed by offering his knowledge and experience in the spirit of the On Deck community. He’s been a repeat guest speaker to the On Deck Founders Fellowship, and not surprisingly, On Deck Product Management.

“I was really taken by this concept of generosity in the On Deck community. I feel that On Deck commoditized and formalized what was a rare ethos of interaction through generosity that I saw in Rajeev. It was something I was also looking for in a lot of my founders. Finding that in the founder community was a real values alignment.”

Learning with On Deck

Anand’s dedication to his investments and belief in continuous learning can also be seen very clearly in his decision to join as a Fellow in the third cohort of On Deck Angels.

Anand identifies the collective experience sharing as the first major take-away from the program. On Deck’s ability to create a community in which angel investors can share their own experiences, wins, and, most importantly, struggles creates an environment rich in knowledge transfer and empathy building.

Being in community devoted to the work that goes into investments — post decision to invest —is critical.

“Sometimes you think that as long as you pick great companies, everything's going to work itself out. But there are a lot of nuts-and-bolt things that you need to make work to make your winners count. I try to partner with the founder to help them with the #1 challenge they are dealing with. Usually, it’s team, product, customers, or capital in some manner. There are some patterns to this, and each new founder can stand on the shoulders of the previous generation and not repeat the rookie mistakes they’ve made.”

An investment approach built on giving

Having helped over 70 companies, of which 25+ have broken out, Anand passes these lessons on not just to the ODA community but also the On Deck founders he backs.

Anand’s latest investments are in On Deck Fellow-founded companies that build full-stack products for fragmented markets with low NPSs. He initially invested in Dive, a social video platform for remote teams (co-founded by ODF4’s Nitesh Agrawal and Max Satter) which now has grown 80x and 6000 teams across 150 countries using the product. And most recently, Anand has invested in Purple Creator, for consumers of social tokens (founded by ODF9’s Andre Luiz Nazareth Da Costa), and Souq, an AdWords meets Shopify for Roblox developers platform (founded by ODF10’s JonPaul Vega).

“It’s early, but both are deeply technical founders taking on (not surprisingly, given it’s part of my overall thesis) fragmented and nascent spaces where their target audience isn’t served well.”

Anand is generous with his knowledge — consistently. In fact, a key point in which he shows his commitment to his founders is the moments when they face the reality of failure.

“There have been many times where first time founders fail, and there are very few people actually helping them out when things aren't going great. I spend a lot of time when a company is winding down. The founders are probably in a really bad place — emotionally, financially, and so on. I'm a huge believer in founder mental health and well-being. I want to make sure they know that the worst case scenario isn’t so bad.”

That human connection goes a long way with the founders and often is the best brand building one can do. It also reinforces Anand’s perspective that not trying is the worst failure of all.

After over six years of investing and advising, Anand’s portfolio is diverse, but dominated by Indian based cross-border and US based B2B and B2C companies. The strength of his investments is incredible — his personal portfolio boasts 4 unicorns to date and a pipeline of 25+ seed investments which have grown to a valuation of over $250 million. And that’s on side-hustle terms.

Post turning a decacorn during the pandemic, now that Five9 is being acquired by Zoom, Anand is embracing more change. Instead of looking for a new product role, he’s leaning in more into the one he’s been perfecting on the side — seed investing. As Anand transitions from a rewarding role at an incredibly successful company, he’s counting on the certainty of change to manage the transition.

“All the angel investing that I started as a side hustle is getting very real. It's bittersweet to be winding down with my current role where I’ve met some of the smartest colleagues that I worked closely with through one of the most challenging years of my career, but the future is incredibly exciting.”

On Deck Angels
is a continuous community with a 4-week immersive onboarding to help you build lasting relationships from Day 1.
Apply Today