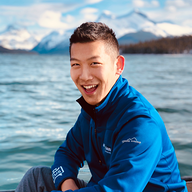 No items found.
Sam Wong was working in Canada’s food innovation space for 2 years until he started itching for a complete transformation. Hungry to be surrounded by professionals who were also following unconventional career paths, Sam joined On Deck to pivot to an operator role in tech. With the help of a trusted peer network, Sam landed a dream job in an edtech seed-stage startup based out of Istanbul.

To say my search for a career followed an unconventional route may be an understatement. Seeing where I began versus where I am now, it was quite a labyrinth. I started my career search by exploring the finance sector during my first year of undergrad before quickly realizing it wasn’t for me. The second year of university I shuffled over to consulting, but after eight interviews and eight rejections, I went back into the maze. In year three, I went to Tanzania to do some advisory building work with local governments and nonprofits.

I then stumbled on RBI (Restaurant Brands International) and found myself drawn to food science. I ended up interning for Tim Hortons, Canada’s beloved coffee chain, before joining them full-time managing Innovation & Product Development for baked goods, coffee, beverages, and lunch foods.

And for two years, that’s what I worked on. But I had interests beyond food science, like writing, improv comedy, wellness, and tech which started to pull at me. Around this time, I kept seeing On Deck mentioned on Twitter as a remote community where people were supercharging their careers, startups, and side hustles, and grew intrigued.

After doing a little research on what On Deck had to offer, I decided to join On Deck’s First 50 Fellowship, which proved to be nothing short of sensational (and ultimately served as a gateway drug into more On Deck programs).

Starting out, my main goal for OD50 was discovery as I was trying to make sense of the startup space with zero prior experience.

OD50 helped me do this in three key ways:

I also came away with OD50 with two major learnings:

When I finished OD50, I had confirmed to myself that I was ready to make a career change. I also recognized that I should find a way to continue building compounding relationships with high-potential individuals, and hack on passion projects.

That’s where On Deck Catalyst came in.

Why I Joined On Deck Catalyst

I joined ODC to jumpstart my formal dive in the early-stage startup world, with a soft target of landing a new job or opportunity before the program ended.

You can’t wing this type of thing: It would require a strategy.

The people you spend the most time with all swim in the same pool of information. On Deck Catalyst was a bridge to friendly outsiders that could bring opportunities and knowledge outside of my immediate circle in finance, consulting, and brand management. On top of that, they were all selected for their big ambitions and fearlessness around risk-taking and navigating unconventional paths.

I decided to harness the power of weak ties and meet as many people as possible. I set up about 50 1:1 calls during the program with fellow members to see if anyone was in a similar situation or had done what I was looking to do.

From this strategy alone, I formed 10-15 close friendships with people who shared my interests in consumer-oriented startups in wellness, creators, and education. It even sparked a new interest in crypto after a bulk of passionate fellows began sharing their knowledge!

I was pivoting into a completely new field. Imposter syndrome was going to hit hard unless I surrounded myself with folks who were also trying to shift into unconventional pathways or who had already made the leap and were willing to share their experience.

On Deck Catalyst was perfect for this. The best way to fight imposter syndrome is to be surrounded by positive discussion and insight around developing confidence, self-knowledge, and storytelling chops that warrant stepping into new opportunities for which your prior experience doesn’t exactly fit ...yet!

Switching into a new career path isn’t impossible, but it helps to show some kind of evidence as to why you’re looking to transition. This means demonstrating enthusiasm and knowledge by building tangible projects such as building an app or having a portfolio of writing online that shows thought leadership.

On Deck Catalyst is filled with ambitious and like-minded builders and operators and encourages us all to find one another and work together, so I knew I’d be able to collaborate with people to create new projects that could solidify my credentials.

What you get out of the community is a reflection of what you give. I contributed extensively and got the following tools and support through the program that helped me navigate my career. These structures included:

Partaking in the Forest

This sounds wacky but bear with me for a second.

ODC is like a forest. It’s a vibrant ecosystem with different moving parts and players. Like the deer, fish, and beavers, everyone here plays a different but contributing role.

One person might only participate to give information on what they know. Others might try to throw themselves into the conversation as much as possible. Regardless, everyone does their part to build out the “broader” forest, which is the tech ecosystem around us. Whether that means joining an early-stage startup, founding a company or doing something completely different, we’re all connected through growth and participation.

How I Found the Way Out of the Labyrinth

A jump from food science to EdTech in a different country sounds crazy on paper.

But joining On Deck gave me the confidence to apply and get hired at Kunduz, an education tech startup based in Turkey.

Before making the leap I had doubts. But once I joined ODC, this narrative completely switched. ODC fostered this rich environment of growth and self-confidence. By the end of it, my mindset went from “Is this a good idea?” to “How can I push the envelope even further?”

The interview process at Kunduz was seamless. The rigorous combination of my OD50 and ODC experiences taught me to be proactive and unconventional, so I went into my first interview by presenting a six-slide pitch deck that acted as “US expansion playbook” to demonstrate my research and thinking.

This made me bet on myself in a way I never have before. Most importantly, it allowed me to catalyze my curiosities and passions to the fullest extent. To say On Deck Catalyst was correctly named, well, that would be an understatement.

is a continuous community with a 4-week immersive onboarding to help you build lasting relationships from Day 1.
Apply Today
No items found.