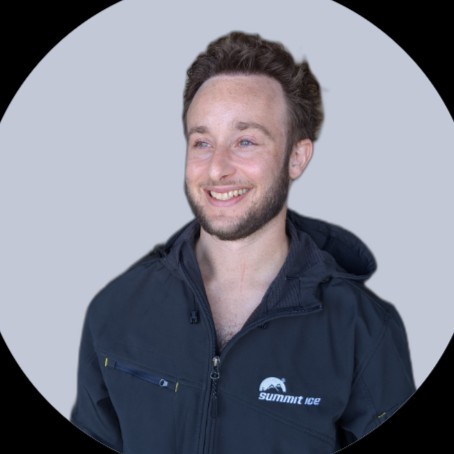 No items found.
Vibe Capital was born out of the unprecedented changes the pandemic had caused, coupled with Dave’s desire to invest in companies that make our society more accessible.

I have to admit I was peer pressured, in a friendly way, into angel investing at the start. I was at Facebook at the time, and a few friends encouraged me to invest in their high-end photo booth company that actually had a small exit. After experiencing the feeling of investing in a company and seeing my first term sheet, I became more and more interested in the space.

I began spending time looking for investments through a Facebook group of work colleagues and alumni that shared investment deals. I immersed myself in the information available: looking at pitch decks, term sheets, and how people talk about angel investing. After letting the information marinate in my brain for five years, I started to figure it out and pattern match.

After leaving Facebook, I started my own company, Wavechat, and was introduced to the start-up world.

I wasn’t sure what I wanted to do full-time, so I participated in the On Deck Angel Fellowship. I was able to meet people from lots of different perspectives and vocations.

Within ODA, there were people doing angel investing in the early-tech start-up ecosystem, people who had big tech company experience, people who worked in startups, people who were money managers, people who managed sovereign wealth funds for nation states, and more. Having the opportunity to connect and see where I was strong, where I was weak, and getting access to incredible deal flow allowed my interest in investing to snowball. After coming out of ODA3, I took a little time off and decided I wanted to establish a rolling fund.

From spending a decade at Facebook, I experienced the narrow focus of working at a big tech company where you perform a very specific role, even if the charter of a tech company itself is very large and very wide. Then I did the start-up thing, where you're the CEO, but you are very confined to this one problem space. Investing gives me the purview to pursue a huge swath of interests that I always had — from hip-hop, soccer, and high-end cuisine, to AI, crypto and longevity.

It really felt like the time was right for starting the fund. I was seeing so many amazing start-ups being built with the full maturation of the internet, along with Covid-19 accelerating remote work, which enables entrepreneurs all over the world to be considered on equal footing with a team based in San Francisco or Palo Alto.

The Thesis Behind Vibe:

One of my biggest beliefs in investing is that a good investor has a general worldview of how the world operates and their investments fit into that worldview like a Lego block snapping into place. Even though you are allowed to have multiple interest areas as an investor, there should still be one unified belief behind why you are making certain investments.

As I tried to define my own outlook, my process was to spend time reading works from people a lot smarter than me on unrelated topics that interested me. This meant I would move from human psychology to network states to the Buddhist tradition.

Joshua Rosenthal was a big inspiration behind creating my worldview and our mission for Vibe Capital. Rosenthal was a guest on Bankless, a crypto podcast mainly focused on Ethereum and the ecosystem surrounding it. On this podcast, one core point that Rosenthal makes is that the next decade will be characterised by volatility (the “Reformation” followed by a “Renaissance”), driven by crypto.

‍
Recognizing this, Vibe Capital built this outlook into our investment thesis.

“With the compounding effects of information technology, a drastic shift in climate change, and unprecedented shift in demographics, the Modern Reformation will happen in years, not centuries. In this world of unprecedented volatility, Vibe Capital aims to invest in the companies that usher in this restructured society with power structures that are more equitable, beneficial, transparent and accessible” - Vibe Capital Memo

We particularly focus on four technologies that have the potential to restructure society: Crypto, ML/AI, Genomics, and Bit-Controlled Atoms.

The Name Behind Vibe:

The name Vibe Capital comes from the fact that we invest based on vibes. Tangibly this means that after doing the necessary due diligence, the relationship between the founder and investor has to be compatible.

Life is about relationships and you want to work with people you have a good relationship with. This means that there has to be a shared understanding of where you can utilize each other's strengths and weaknesses to reinforce growth.

A part of that is your respective personalities, but the other part is the ways in which you've worked on yourself in order to cultivate value in a particular situation.

When a founder reaches out to me with a problem, there are usually two components to the help they’re asking for. Firstly, they just want to be seen and heard and recognized for the hard work they’re doing and it's important to validate the emotions they are feeling. The second part is the technical and practical advice needed on how to, for example, evaluate an MVP or prioritize projects in anticipation of a product launch.

I think the combination of the two components allows you to support them as a whole human being from the emotional side and the cognitive side and being able to offer that to founders is the best way to get deal flow, because it makes you the most attractive person to work with.

Human beings are relationship-based and the best way to succeed as an investor is through cultivating those relationships.

What’s next for Vibe Capital:

Closing Limited Partners is our number one priority at the moment. Once we’ve wrapped that up, we can get back to meeting awesome founders, building cool stuff, and supporting the outcomes we want to see come to fruition.

Gautum Shewakramani, a fellow angel investor and On Deck Angels alum, was extremely helpful in ensuring the attractiveness of the fund to LPs. While I had the thesis of the fund nailed down, the tactical components of a fund - things like track record and size of fund - were not as well explained. He helped me compile all the information that potential LPs want to see and understand before investing.

We’ve already managed to get one LP through the On Deck Angels network and hope to get many more going forward. That specific LP simply sent me a message in Slack, said he liked my thesis and invested!

Hopefully next year we will see the flywheel spinning even further, with increased interest in the founders, companies, and ideas of Vibe Capital.

On Deck Angels
is a continuous community with a 4-week immersive onboarding to help you build lasting relationships from Day 1.
Apply Today
No items found.