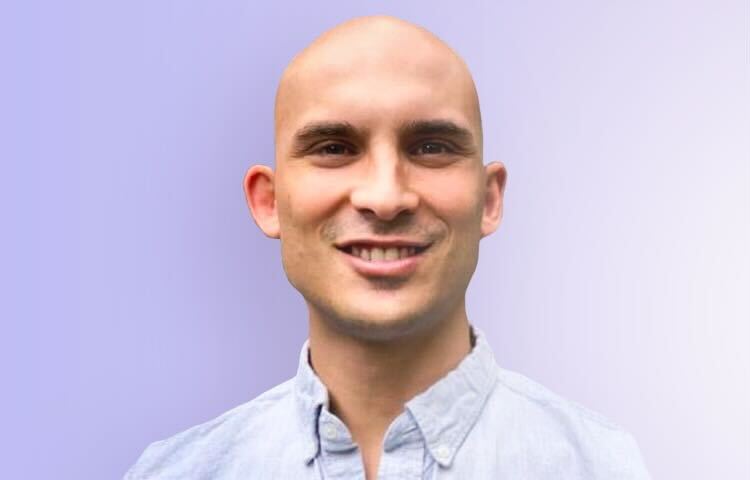 Daniel Gamboa
Product Manager
,
Figment
The post originally appeared on MikeWilner.com. It was republished with permission.

‍Here’s how OD50 Fellow Daniel Gamboa went from founder to finance to energy all the way to web3.

Daniel Gamboa had a breadth of experience that he wanted to bring to a tech startup, but translating that experience wasn’t obvious to him.

It wasn’t until he joined the On Deck First 50 Fellowship that he also gained the tools to better tell his professional story.

Now a Product Manager at Figment, a blockchain services and infrastructure provider, and the co-founder of Builder DAO, a community of developers collaborating in web3, he has a few words of advice for future On Deck Fellows who are struggling to pull it all together.

Finding a way to describe experiences effectively–even when they feel like they’re totally unique to you.

In the months before deciding to apply to On Deck First 50, Daniel Gamboa was helping to restructure and sell an energy company, Gavilan Resources, where he’d worked as Finance Director. As Finance Director, Daniel worked cross-functionally between the operations and commercial groups leading execution related to mergers & acquisitions, corporate finance, IT, treasury, and special projects.

After a stressful re-org at Gavilan Resources, he knew that he was ready to move into something more creative.

He had a lot to offer, a background in engineering, finance, management, and, of course, energy, the field he was just leaving, but the whole process felt daunting. Not only was he re-entering tech, a world he’d stepped away from for several years, he wasn’t sure about how best to talk about where he’d been during his time away. He wasn’t sure how to talk about how he’d gotten to tech, or why he left.

A long history of curiosity

Daniel had always pursued his professional life with an insatiable curiosity.

He majored in engineering and economics, and when it came time to graduate, homed in on technical entrepreneurship with his eye toward the startup world. With that mindset, he embarked on some exploration.

He was the founder of an edtech platform, he led a team inside of an M&A investment bank, and then he helped start and sell an energy company. He knew that this made his experience unusual. Daniel worried that in the wrong light, his breadth of experience could communicate a lack of focus, instead of highlighting a versatility to execute across a wide range of roles and responsibilities.

While at On Deck, he realized that he wasn’t alone, and that versatility like his wasn’t that weird in tech after all.

The community helped him see that it’s completely normal for people who work in startups to jump around, and can even be a strength in an ecosystem where you’re expected to wear many hats.

Realizing this was a storytelling problem, not an experience problem changed everything.

How the right environment can help you tell your story.

“Everything felt very natural and very organic. Ideas and interactions could flow seamlessly.”

Daniel also credits his growth to the On Deck team. In his words, the team encouraged community members to ask themselves questions like, “Who are we, what do we care about, what are our values, and what are our passions?”

This kind of guided questioning helped him think about what was really important to him. Though these questions may seem simple on their face, we so rarely have the opportunity to not only think about and discuss but challenge the answers to them with a group of like-minded people. When we really take the time to think about where we want to make an impact–what sector, what role, and on a more macro level, how this aligns with our wider worldview–it can change the whole course of our careers.

OD50 also offered numerous opportunities for development, like Pitch Practice Workshops & Learning Groups. In Daniel’s eyes, while the programming was structured enough for him to learn in a focused way, it didn't feel like structure was actually there.

This made everything easier:

“It was a really strategic experience in terms of getting myself organized, meeting a lot of people, and, through those meetings and those connections, helping me figure out a little bit better how to hone down onto what I wanted to do and, ultimately, accelerate getting to that place where I wanted to go.”

Daniel even had the opportunity to lead a session of his own:

“I got a chance to lead a fireside chat with Kenny Stone and Andreas Klinger, which focused on company building as a CTO. This was a terrific experience. I learned a lot while preparing and then certainly during the conversation with them.

I think this experience highlights the type of community On Deck is. It’s not a top-down place where you go to be educated with a curriculum that was pre-designed with milestones by an expert. It’s community driven.

In this case Anthony Nardini, the OD50 program director at the time, reached out to me, and said, “Hey, I think you’d be a great person to lead this session, are you interested?” And then I had to figure out how to do something new, how to ask for help when I needed it, and how to execute a session that other Fellows would find valuable.”

There was also a matchmaking aspect to make sure that Fellows were getting the most out of the people around them. Program Directors would help connect Fellows to one another, and Fellows with startups they thought might interest them.

After On Deck, Daniel started his job at Figment. According to Daniel, On Deck can help someone think bigger about their careers and maybe even their place in the world.

“The one thing I always tell people who ask me if they should do On Deck is that in traditional job searches, you're trying to figure out how you make your story fit into a typical, HR-oriented bucket.  Maybe you went to school for finance and then got a job in finance and you want your future opportunities to be in finance.  You end up having to conform to that path a little bit and tell a very linear story, which can also make it hard to stand out. But  in the world of startups, you want to surface everything that you've done that was interesting to you, that you did because it was interesting to you, and you went all in and executed it. That narrative is much more powerful.  Those are your motivations. The chronology and the specific events is not what matters, what matters are your decisions and what motivates you to do what you do.