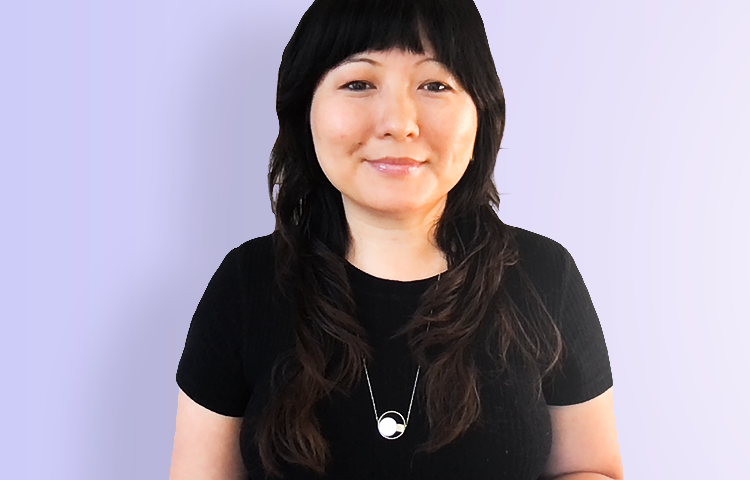 Grace Chang
Founder, CEO, and Principal Software Engineer
,
Kintsugi
The post originally appeared on MikeWilner.com. It was republished with permission.

Grace Chang
Founder, CEO, and Principal Software Engineer
,
Kintsugi
Kintsugi raised a $20M Series A from Insight Partners (for a total of $28M raised) to set a new standard of mental healthcare 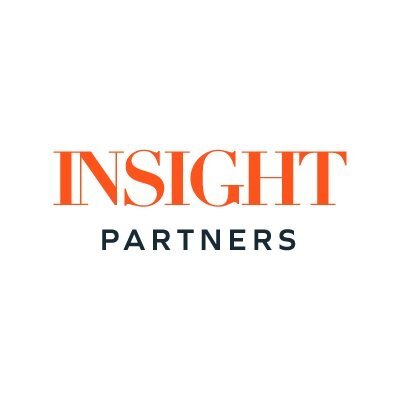 ODF5 alum Grace Chang shares the story of Kintsugi, her startup at the forefront of mental health innovation. Having raised $28 million in capital, Kintsugi is poised to set a new standard in the personalized mental health space and build a world where everyone can have easy and fast access to the level of care they need.

Mental health conditions like depression and anxiety are on the rise globally but have very low diagnosis rates, and only get identified by doctors 47.3% of the time. To make matters worse, access to mental healthcare can mean months of waiting to see a specialist for a first visit.

Founded by Grace Chang and Rima Seiilova-Olson in 2019, Kintsugi is a startup developing voice biomarker technology that detects anxiety and depression with a whopping 80% accuracy from just 20 seconds of free-form speech.

Firmly at the forefront of innovation in the space and bolstered by a recently-announced Series A of $20 million, Kintsugi has already built the world's largest annotated voice repository specifically for mental health and machine learning. The company now aims to set the standard for personalized mental health care and give people access to the level of care they need — when they need it.

We sat down with founder, CEO, and principal software engineer Grace Chang to delve into the story of how Kintsugi was born, why the world needs it, and how the team plans to use this fresh funding to reshape mental health care.

The building blocks of Kintsugi

Born in Taiwan and having emigrated to the States at a young age, Grace has been a builder her whole life. From constantly playing around with LEGO as a child, to becoming a five-time entrepreneur always working on breakthrough technology, she has demonstrated a proclivity for finding ways elements can fit together.

“From the very early days, I was interested in understanding how things were put together from the ground up. When I stepped onto the intersection of innovation and technology, what captures the imagination there is being able to truly transform a space with an idea and a group of people who are mission-aligned.”

When Grace launched authentication startup UnifyID at TechCrunch Disrupt in 2018 with one such mission-aligned group, the team won runner-up in the Startup Battlefield. They then went on to win at South by Southwest, and raised a $20 million series A shortly thereafter — all with just five people on the team, which, as Grace herself puts it, was “pretty ridiculous”.

Having met such early success with UnifyID, Grace decided to take her learnings and look at problems in spaces she cared deeply about, such as health and wellbeing. Struggling with burnout-related issues at the time, her interest in mental health improvement was fueled by personal experience.

“Being burned out is pretty typical in the Bay Area, unfortunately. Sometimes when you're in that hamster wheel of working and getting through the day, you don't have an opportunity to really look at the big picture.”

It was during a trip to Japan, where she learned about the Japanese art and philosophy of kintsugi. It struck an emotional chord with Grace and gave her the final nudge to start building in the mental health space.

“There were these incredible textiles that were worn through and re-embroidered, and ceramics that were broken, but rejoined together with gold enamelling. That really struck hard, because with the repair of something valuable, you can make it more beautiful. It gave me just the right amount of courage to start building this company with an incredible co-founder.”

The incredible co-founder in question was machine learning scientist Rima Seiilova-Olson, whom Grace met at an open AI hackathon in San Francisco in 2019.

“Typically, hackathons are a bunch of guys, so it was just a bastion to be able to see her across the room, and really connect on a personal and human level.”

As Grace and Rima shared the stories of their respective immigrant paths to the US — Grace’s from Taiwan and Rima’s from Kazakhstan — they also found themselves bonding over the challenges they had each faced trying to access mental health services. Both women had experienced the pain of waiting many months to reach someone to schedule an appointment with, let alone actually speak to a professional.

As engineers who had built sophisticated technologies in other highly regulated areas before, it was fairly obvious to Grace and Rima that this was an infrastructure problem.

“If we could only alleviate that specific bottleneck, then instead of hundreds of people getting jammed into that pressure point, you’re able to get patients the right level of care at the right time.”

Driven by this key insight, Grace and Rima knew they wanted to dive deeper and explore how they could make an impact in the space.

The two founders, both with a firsthand understanding of the problem they were trying to fix, wanted to tackle it in a way that would be helpful for individuals on a personal level.

They followed the notion that based on clinical research, the articulation of top-of-mind issues, whether talking about what’s on one’s mind, or writing about it in a journal, has substantial physiological impact in mitigating stress, anxiety, and depression.

“We thought, people are talking to their devices. And maybe people would speak into their phones, if there was a journaling application that was personalized by voice.”

Based on their highly-educated hunch, Grace and Rima built out a rudimentary iOS application (named Kintsugi) in 2020 to test their idea. After iterating through thousands of experiments, they found that their model was able to detect clinical depression and anxiety with a much better track record than the prevailing statistics coming out of the medical system. Even more excitingly, the model still worked when they ignored what people were saying and only focused on how they were saying it.

“It was a more elegant architecture where we could perform real-time predictions. As a result, we could preserve the privacy of individual patients, as well as having this neat effect of our models being language agnostic.”

When COVID-19 hit and healthcare became more virtual-leaning out of sheer necessity, Kintsugi’s user base jumped dramatically. Then, at the end of 2020, the company was selected as one of ten companies — out of 2,600 — to work closely with healthcare and insurance giant UnitedHealth Group. In light of the pandemic, working with Kintsugi became a high priority for this Fortune 500 company. UnitedHealth hoped to leverage their technology, an API platform that can integrate into clinical call centers, telehealth platforms, or remote patient monitoring apps, to make a significant impact addressing those in need of mental health services.

“We've been very honored to have the opportunity to accelerate scaling access to mental health care by arming clinicians and nurse practitioners with a way to augment their abilities.”

Today, Kintsugi has users in more than 250 cities globally, and over 100,000 downloads. As a proponent of mission-aligned teams, Grace believes they couldn’t have reached this milestone without a community to support and inspire them.

When COVID-19 disrupted the day-to-day lives of virtually everyone, access to community was no longer as easy as just swiveling in your chair to turn your body to the next desk. Fellow members of South Park Commons, an in-person community of tinkerers, scientists, and researchers, reached out to Grace and recommended that she explore the On Deck Founder Fellowship. When she had the chance to join ODF5, Grace dove right in and was floored by the support she encountered before she even fully immersed herself in the community.

“At first, I couldn't believe how much was going on in each of the different channels on the On Deck Founders Slack community. It was so welcoming from day one.”

Thoroughly impressed with her own experience at On Deck, Grace referred Rima to the following cohort, ODF6, so that her co-founder could benefit from the same atmosphere of curiosity and conviction she’d experienced.

“The whole experience was transformational, and a great opportunity to build genuine connection and support for anyone's hero's quest.”

With the group of people Grace and Rima connected with at On Deck, they felt the freedom to refine, validate, and build up whatever they wanted to build. Which, for these two trailblazers, was nothing less than the future of how people all around the world can access mental health care.

The future of Kintsugi and mental health care

Grace sees Kintsugi’s journey as divided into three phases. Phase one was to build the consumer-facing Kintsugi application to provide help for people on a day-to-day basis, allowing them a safe space and community to work on their wellbeing.

Kintsugi is currently in the early innings of phase two, with the goal of creating a measurement and mental health standard that enables much faster triage across healthcare. Phase three is providing robust personalized medicine using real-world signals to connect healthcare relationships from phase two with the app from phase one.

“We see the ability to tie all of these together so that people can truly get personalized care at the time and place that is relevant for them.”

To make this shift happen, Kintsugi has closed a $20 million Series A round led by Insight Partners, bringing its total capital raised to $28 million. Kintsugi will use this funding to scale its operations towards its mission of bringing mental healthcare to every person in need by working with some of the most innovative health organizations in the world.

“Kintsugi provides a sense of empowerment from patients to providers to payers and everyone in between who has a stake in patient outcomes,” said Grace Chang, Founder/CEO of Kintsugi. “We are looking for objective, quantifiable, and accurate measurements to raise the parity of mental health to that of physical health. This latest round of funding is a vote of confidence in our vision for mental healthcare, and we’re looking forward to seeing it come to life with the help of our investors.”

Grace knows that there’s a long way to go before Kintsugi can reach its full potential, but the tremendous demand from all areas of healthcare is a clear sign they’re moving in the right direction.

The next move is to focus their efforts so that they can provide as much access to patients as possible. As one recent example of what this technology can do for people, Kintsugi has been integrated into a clinical call center that gets 20 million calls a year –that translates to being able to affect up to 20 million lives every year.

“It's so important for Rima and me to see how much of a dent we can really make. We know we can't do it alone. And it's absolutely because of communities like On Deck that help this small little idea become more fully formed and something where we can gather people who are mission-aligned to build this vision together.”