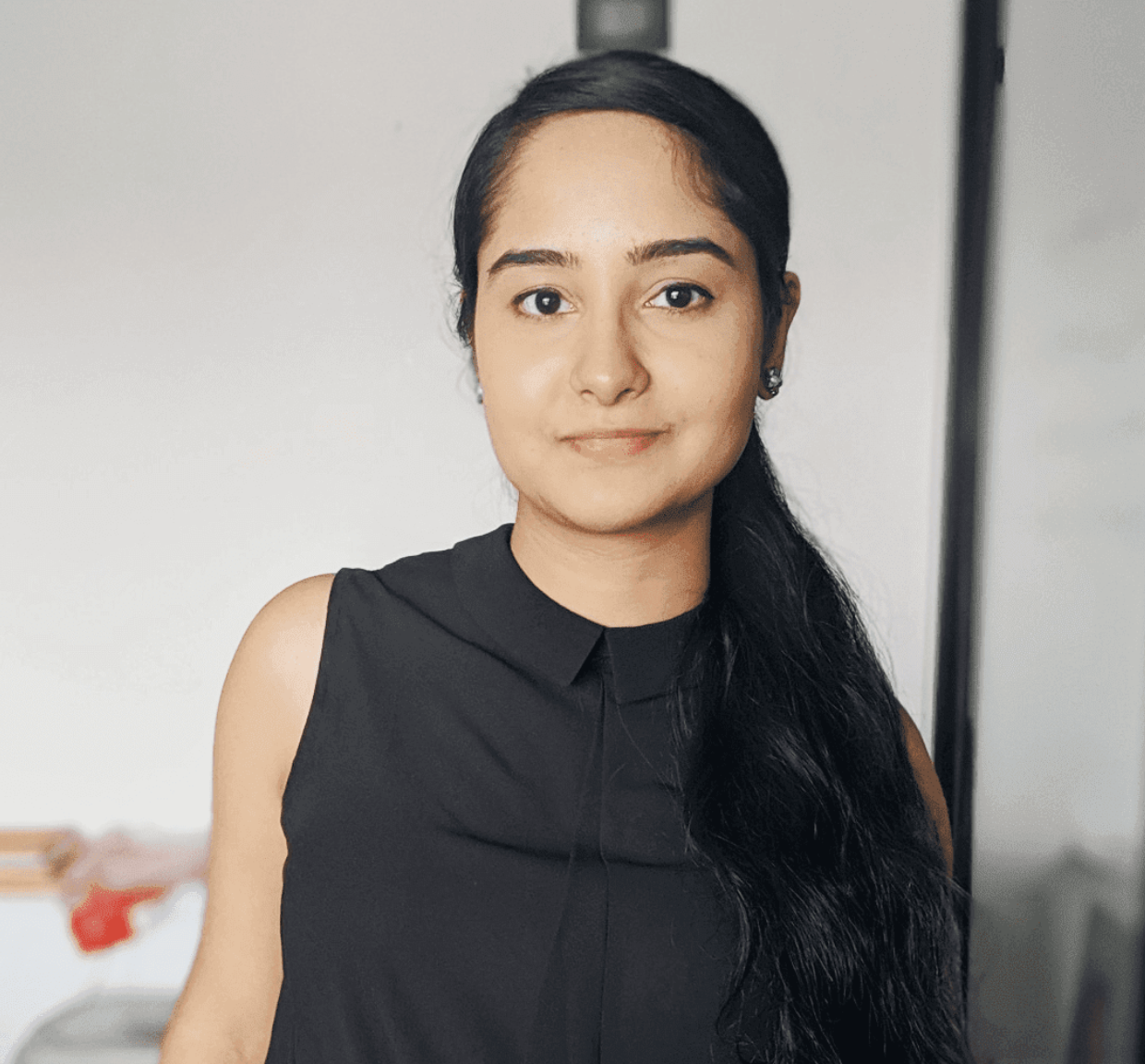 Vensy Krishna
ODNC1, Candidate Operations Lead at On Deck
,
The post originally appeared on MikeWilner.com. It was republished with permission.

No items found.
Vensy leveraged her experience at ODNC to join the On Deck team and simultaneuously launch a platform that enabled people to find medicine and other critical supplies in India during the surge of COVID-19.

Vensy Krishna not only made waves for joining as a member of the first cohort of On Deck’s No Code Fellowship but also for using the learnings from the program to build a platform that enabled people to find medicine and other critical supplies in India during the surge of COVID-19.

Now a full-time employee of On Deck and a public no-code advocate, Vensy spends her time teaching government entities, NGOs, and tech companies how to leverage no-code to build scalable products that help serve communities in times of crisis.

How did you first come across On Deck?

In December of 2020, I came across KP’s Twitter profile, where he discussed building tech products in public using no-code tools. It sparked my interest because I had always been excited about using tech to solve problems. For instance, when I was working as a lawyer, I built a number of automation processes that basically generated contracts without the help of lawyers. That’s definitely the kind of thing that doesn’t fly in that environment, since you could potentially leave lawyers out of a job! I realized I was working with no-code before I even knew what it was.

‍
So when I saw KP's post and read that he was a Program Director at On Deck for the No-Code Fellowship, I thought that it sounded really promising. It specifically noted that the program was targeting builders who wanted to solve big problems but didn’t have the technical skills.

You were really excited by the prospect of learning no-code. How did you structure your time during the Fellowship?

I managed to automate most of the processes that I led at work so I was able to commit myself to a lot of the programming for ODNC. I was so grateful for the opportunity I had to spend time learning intensively, because I don't think I could have done that at any other point in my career.

By February, I had launched three different apps, including an app called Cupid On Deck using a no-code tool called Bubble, which helped me become really confident about my building skills. I realized that I could take a problem statement and build a solution around it without actually needing a tech person. That encouraged me to join On Deck’s Global Build Weekend as a single person team. It was an exciting opportunity to meet Fellows and alumni from across all the On Deck programs, and ship something in just a weekend.

For the Global Build Weekend, I launched a contract automation app and made it to the finals. It was really exciting for me because David Booth, the CEO of On Deck, was actually serving as one of the judges. I ended up winning the best pitch award.

During that same time, I had started interviewing for a full-time role at On Deck. I think that the timing worked out in my favor because people in the community got the opportunity to see what I could do with no-code platforms, so it made it easy for them to understand the value that I could bring to the company. It all worked out and now I’ve been working here since March!

What were some specific program features that helped you in your no-code journey?

The frequent co-working sessions that had focused breakout rooms helped me meet Fellows who were working on similar projects. We taught and learned from each other — there’s so much to be said about how energizing it is learning from your peers. I found the community to be supportive and nurturing and extremely generous with their time, support, and belief capital.

Can you share how you leveraged the On Deck No-Code learnings to build an app that helped people find supplies in India during the COVID-19 surge?

In April of 2021, we started to see the COVID-19 surge in India. Overnight, my mom fell sick. There was a shortage of beds in hospitals and it was impossible to find any availability for her. We were lucky and found a doctor that prescribed her some very strong medicines, including steroids, that she responded positively to and she was able to get better at home. This was not the case for thousands of others.

People were desperately searching for supplies, oxygen, blood, and food. It was so bad that people even started circulating lists of providers who still had some resources left. When I came across one of these lists formatted as a Google Sheet, I realized that I could directly transform it into an app by using one of the tools that I had learned how to work with during my time at ODNC.

It took me two hours to build the app, create a domain, and begin to direct people to it. The first version of the product was quite simple and it didn’t even have any branding. I spent all night working on the app and launched it on Instagram and Twitter as soon as I finished it in the morning so I could get some sleep. By the time I woke up, not even six hours later, we had over 10,000 users on the platform.

At that moment I realized just how bad the COVID-19 crisis was in India. Celebrities —including Priyanka Chopra— and politicians alike were sharing the app on their social media. I never expected this and I don’t think I was fully prepared. Within the first 24 hours we had 20,000 users and then over the first week we got 100,000 more. By the end of the month, we had 400,000 users on the platform — and based on some of the feedback we’ve received from other founders and operators, I think that it was one of the largest no code apps to ever exist.

I was able to leverage all the best practices I had learned from On Deck. Given the demand, I had to expand my team overnight. I first started with a small team of 3 but as the need grew I had to increase it to 30 to meet that demand. And then over a week, we grew to 100 people to help serve all the new users that were coming in. We were all volunteers… no one was there full-time so it was a big sacrifice.

I ran a remote operation, similar to how we operate at On Deck, with everything being completely asynchronous. I set up a Slack and Notion hub, and built a number of processes that allowed people to contribute as much as possible in an organized way. We ran that operation for two months and didn’t take a break until things started to slow down with the decline in COVID-19 cases.

Now government officials are concerned that there might be a third wave of COVID-19 in the country so we’re preparing for it. The last three months have been incredibly stressful but we’re grateful for the opportunity to be doing this work. All of it was possible because of what I had learned during the ODNC Fellowship. From the global contacts, to the confidence, to the opportunities it opened from me, I can’t fathom doing this before the Fellowship. I simply wouldn't have been able to launch the app and run a team in the middle of a pandemic.

What has the response been since you introduced this no-code app to the world?

After we launched the app, the Government of India reached out to partner with us to continue the work that we were doing because of how much reach we had —so we gained a lot of credibility for being one of their key partners. In June, Google reached out and invited me to speak to their team about using tech to respond to emergencies and build solutions that scale quickly in times of crisis. The United Nations has also reached out with a similar request, so I was able to share best practices for no-code with them as well.
‍

I believe no-code can be a force to solve the world’s problems.

I say that because I believe that there are hundreds of people like me. People who are extremely hungry to learn new skills and support their communities. People who are from underserved groups and don’t have a traditional background that directly links to the tech ecosystem. And people who are simply dying for an opportunity to do the work that they've always wanted to do.