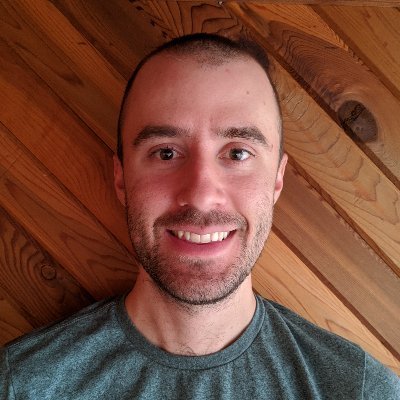 Austin Hallock
Founder
,
Spore
The post originally appeared on MikeWilner.com. It was republished with permission. 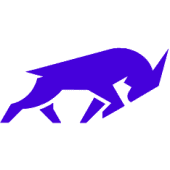 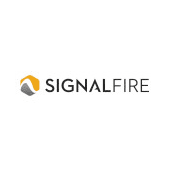 Austin Hallock is no stranger to building out ideas. In fact, he sold one of his first builds, a website traffic exchange, when he was a freshman in high school. He shares how Spore, a platform designed to allow creatives to grow their brands, audience connections, became his next build and how ODF empowered the experience leading to a $1 million pre-seed round.

Austin Hallock is no stranger to building out ideas. In fact, he sold one of his first builds, a website traffic exchange, when he was a freshman in high school. From then on he paved his way through entrepreneurship. Now he’s set on helping creatives to do the same through Spore, a platform designed to allow creatives to grow their brands, audience connections, and incomes — all in one place. He shares how Spore became his next build and how ODF empowered the experience leading to a $1 million pre-seed round.

In his own words, Austin Hallock’s high school experience was not typical. As a freshman he built a traffic exchange, an internet marketing concept that allowed people to view other people's websites to earn credits to use for driving traffic to their own site.  He sold it for $10,000 — that’s a lot of lunch money.

“I was doing some weird stuff that I guess isn't normal or typical for a high schooler.”

After the freshman year acquisition, he leaned into building things that were more aligned with his interests — sports and gaming. While his own idea didn’t make the cut for TechStars, he landed a role with a company that did, IntenseDebate. That was just the start.

While Austin wasn’t new to building he credits Clay.io as his first official entrepreneurial endeavor.

“College was when I started my first real company. That was Clay.io, which was an HTML5 game platform. ​​We built out a platform where developers could host their games and people could play those games. In an effort to get as many people as possible to play those games, we built on top of different messaging apps. We were able to grow to 5 million monthly active users with some gimmicky apps built on Kik, which allowed us to raise a seed round.”

That experience was an incredible learning opportunity for Austin. The company used the seed round to experiment and build a variety of products. That led to valuable lessons about retention, monetization, and user bases. One of the builds was a cat card trading game, which was fairly successful. However, Austin’s biggest takeaway from it was the value of community, which was fostered by the in-game chat capabilities. That community lives on as a Discord server.

Another build under the Clay.io umbrella was a community app which combined a player’s in-game profile with a Discord-style community to be used with other companies’ games. The app grew through users sharing the app on their social media channels. This led Austin to understand that power of creators, when a YouTuber shared the app on his channel  — skyrocketing the app’s 10K monthly users to 100K concurrent users.

Even after Clay.io, Austin kept building, often alongside his wife who is a product designer. Together they built FreeRoam, a camping app, mostly spurred on by their own needs while traveling the Western United States in an RV. Today, years after building the non-profit tool, it still serves as a valuable resource for travelers with over 100,000 monthly active users.

While the pair briefly built more tools for other non-profit organizations, Austin couldn’t quite get the lessons about community and creator power out of his mind.

“From [Clay.io] I had this idea of building something for creators to be able to break free from being cogs in the different social media platforms. I wanted to empower creators to be their own boss. It was something that stuck with me for two years, so I finally acted on that Christmas of 2020.”

Spore’s mission is to give control to creators. It provides a website — with the creator’s URL — and the ability to layer tools to expand on opportunities to engage communities, ease communication, analyze their strategies, and monetize their work.

Austin initially came to On Deck at the recommendations of Justin Waldron and Roger Dickey with the mission to find a co-founder. However, he quickly realised that to take advantage of initial traction, he would need to focus on building and accelerating.

While Austin wasn’t new to building products or even running his own company, he felt the value of his On Deck Fellowship in getting access to information that was pivotal, high quality, and easy to access. For him, ODF Slack was and still is a search engine optimized for the A-to-Z of startup success.

“It's really hard to filter through all the startup advice available on the internet since there's so much outdated and low quality content mixed in. On Deck does a great job at filtering who gets in, so searching through the Slack meant 1) the advice was recent, and 2) it came from qualified people”

The high-caliber community of On Deck also provided feedback on Spore’s tech. And since Austin was moving quickly, access to a repertoire of past asks and experiences allowed him to figure out the best approach to incorporating, which third party tools to use, and approaches to fundraising.

“We ended up structuring our pre-seed as a tranche, the idea for which came from On Deck — seeing how other people were fundraising and hearing other founders talking about the valuation based on when someone joined. It ended up working well for us.”

In fact, learning from a high-caliber individual was pivotal for Austin’s fundraising efforts. Initially he went into the process with his confidence bolstered by an excellent product backed up with traction, but “it started kind of rough”. After getting advice from Alyssa Ravasio, founder of HipCamp, and Eoin McMillan, founder of SourceTable, he was able to create more impactful fundraising conversations, leading to a pre-seed investment. The advice? A strong narrative.

Don’t just tell them the story. Show them.

With a new, refined narrative for Spore, Austin was able to secure a $1 million pre-seed round led by SignalFire with participation from Justin Kan & Robin Chan’s GOAT, Canaan, Lenny Rachitsky, Nathan Baschez, Justin Waldron and Dave Nemetz, and others.

While Austin’s main focus for the raise was landing investors who were of a high caliber, the round itself tells a story about Austin’s drive to fulfill Spore’s mission. Having learned the value of people seeing a product in action with Clay.io, Austin took a bold approach to early user acquisition. He built websites for some high-profile Clubhouse creators which included Josh Constine, a former TechCrunch editor, current investor with SignalFire, and host of PressClub, a show about tech and culture from the journalist’s perspective.

The value that Spore brought to Josh’s creator efforts and the investment Austin is willing to make to show the power of Spore paid off (pun intended).

“Austin and I met when he pulled a legendary forgiveness-not-permission move. Instead of pitching me his startup, he showed me what it could do by voluntarily sending me a website he’d already built for me on Spore called Constine.club. It let me run second-screen chatrooms for my Clubhouse shows while collecting contact info so I could ping people the next time I went live. A few months later, I already had thousands in my Spore community. When I request a feature like a podcast landing page, 48 hours later, he’s got it running on my site. By working directly with his early users, Spore built precisely the tool creators need.” —  Josh Constine, Signal Fire

Focusing on the future

The connectedness Austin has with Spore’s early users, not just ones that invest in the company, is evident in how he approaches building out tools. The current platform already has functionality to utilize dozens of tools that creators can take advantage of directly from their branded website.

To ensure that Spore can be effective in its mission to provide meaningful tools, Austin recently announced that the company will shift to focusing on podcasters. The move is both a measure to narrow the company target users and an opportunity to take advantage of a creative industry that’s growing in listeners, listener diversity, and the time spent on the medium (The Infinite Dial 2021).

Keeping his focus on the goal of getting more creatives into building a brand that’s sustainable as an income source, Austin’s next step is getting feedback from users about what features work best in order to monetize their work.

“Right now we're trying to acquire users and establish good feedback loops on how we can improve the product to help them monetize better. Past that it's really making sure that the paid membership feature for creators is great. And then potentially adding features like being able to sell digital goods.”

The pre-seed round has already allowed the team to grow with a Head of Business Development and a founding engineer. The funding will help Austin focus on expanding the engineering team further, as well as enable more outreach to content creators.

“It's awesome to be able to help more people become their own boss and especially for those that are doing it in this very creative way.”

On Deck Founders
is a continuous community with a 4-week immersive onboarding to help you build lasting relationships from Day 1.
Apply Today