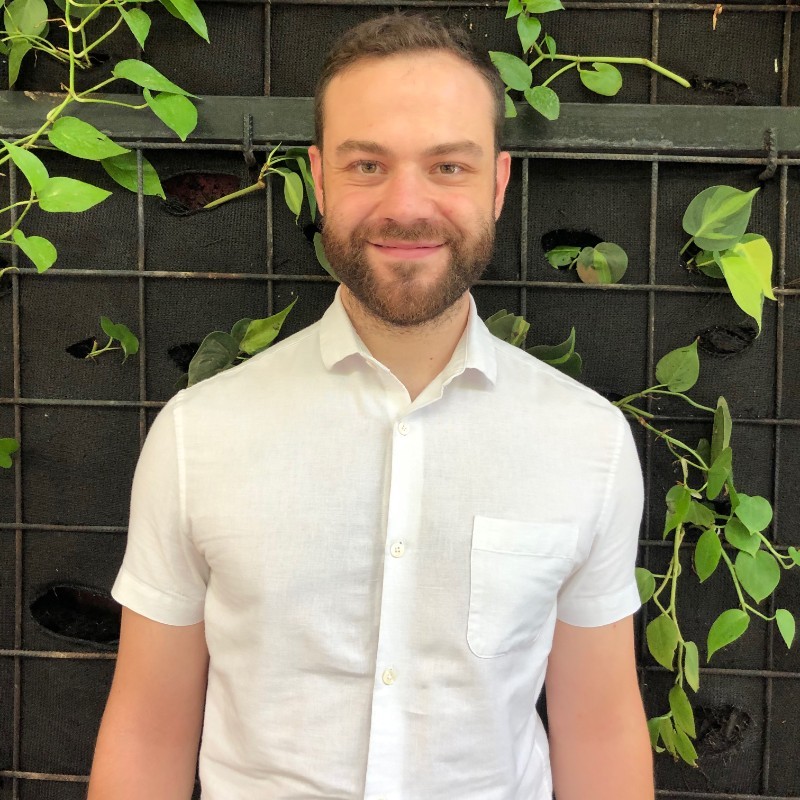 Benjamin Rollert
CEO/Co-Founder
,
Composer
The post originally appeared on MikeWilner.com. It was republished with permission. 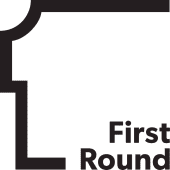 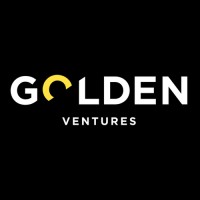 This drove On Deck alumnus Benjamin Rollert crazy. Why are people denied better returns because they don’t have access to private investment vehicles like hedge funds, private equity, and venture capital?

This is when he realized that the asset management space was ripe for disruption—the last real product innovation was when the Exchange Traded Fund (ETF) happened in 1993. Huge financial institutions still relied on Excel spreadsheets, where it only takes one copy and paste error to cause chaos.

So Ben decided to build Composer. He aims to redefine the asset management space by letting people create dynamic strategies (“symphonies”) with a no-code visual editor.

Today, we’re thrilled to announce Composer raised $5.35 million in seed funding led by First Round Capital, including participants such as Golden Ventures, Not Boring Capital, Basecamp, AVG, and Draft Ventures.

But why did it take 28 years for the asset management space to finally get a makeover? And how did On Deck Founders help Ben transform Composer from an intangible idea into reality?

Having closed their successful seed funding round, we thought now would be a good opportunity to chat with Ben about where the idea from Composer came from, Composer’s growth strategy, and how he fundraised while fully remote.

Thanks for being here!  To start, can you introduce yourself and tell us about Composer?

Sure! I’m Ben. I’m the CEO and co-founder of Composer.

At its core, Composer is an automated trading platform that makes it easy to build a portfolio of hedge-fund-like strategies.

Instead of people trying to implement investment strategies themselves with Excel or code it in Python, Composer lets them create their own strategies - “symphonies” - with no-code building blocks and executes those trades on their behalf.

Where did the idea for Composer come from?

Composer began as a way to solve an acute problem I was facing as an investor.

Here’s the thing: If you’re not in the 1%, you can’t invest like the 1% because you don’t have access to the same resources. High net worth individuals can tap into private investment vehicles like hedge funds, private equity, and venture capital.

I didn’t want to accept inferior returns just because I wasn’t part of this exclusive club.

On top of that, the asset management space is archaic. The last real product innovation was the Exchange Traded Fund (ETF), which debuted in 1993. People have described it as “the kingdom of paper and Excel spreadsheets.”

It turns out I wasn’t the only one mulling over these issues. The general sentiment of our early power users was they also felt dissatisfied with the current fintech software.

How would you describe Composer’s core users?

They’re knowledgeable. They spend their free time reading books or browsing forums like Seeking Alpha and other subreddits. They’re from all over the world and not concentrated in tech hubs like New York or San Francisco, which was definitely surprising to me.

These people spend their free time researching so they can get an edge up on the mediocrity that generally exists for retail people. And it’s a community that’s growing - fast.

If you look at r/algotrading, it hovered at around 13,000 users a couple of years ago. Today, it’s at 1.3M, and most of that growth happened in the last year.

It points towards an alternative media ecosystem popping up. We see it with grassroots newsletters, Reddit forums, and Discord servers. I learn a lot by following people on Twitter, for example.

The authors who are leading this alternative media aren’t necessarily top institutional people. They’re just smart. It’s a meritocratic vibe, as in people don’t necessarily have official credentials but rise to the top because they share good ideas.

People want to read the best information so they have a leg up. They don’t care about the credentials, because they’re fed up with not having access to the top 1% 's resources.

If the ideas give them a leg up, they’re game.

How do you make sure Composer reaches this particular audience?

Our main strategy boils down to product growth.

We’re focusing heavily on word-of-mouth referrals. Granted, it’s not as simple as the saying “build it and they will come,” but I do believe having an incredible user experience is the single most important thing.

I don’t think of product and distribution as atomized, separate things. There’s an interplay with them. The balance is found when you make a product that people want to share, and you make it easy to share links and collaborate.

That’s how you get real product distribution. Composer has investment strategies but it’s also shareable content people can interact with. They can discuss it across various outlets and build upon ideas. That’s how we maximize word-of-mouth adoption.

Does Composer have any competitors right now?

Every startup founder likes to say they don’t have competitors but I don’t think that’s totally true.

In terms of big incumbents on a more sophisticated side of things, we have Interactive Brokers, which is a pretty old (but staple) company. Then we also have a little bit downmarket with something like M1 Finance, TradingView, and Think or Swim.

But you want to know who I think the biggest competitor for this space is that no one wants to admit? Excel.

I saw this meme on how the whole financial system is held up by these hacked Excel sheets. That’s always going to be the real big competitor: people trying to do this themselves.

What would you tell someone who prefers their Excel sheet to convince them to try Composer?

Ben: If someone’s happy with Excel, I don't want to mess up their happiness, right? But I think there are enough people who are dissatisfied with Excel, and we can start with that group.

I actually wrote a piece with Packy McCormick, the author of Not Boring, about Excel and its cult fanbase. It’s part of the mainstream culture at this point, and it’s a critical part of software history.

On the other hand, there are real problems with Excel. It’s hard to maintain and collaborate with. So, it’s not something that lends itself to versioning or sharing your ideas with other people. They say hell is other people’s Excel sheets, and I think that’s very true.

It’s also prone to errors. It’s not the safest way to manage things. It’s crazy to think there are huge institutions that depend on it. In the past, it’s led to catastrophic trading errors that have actually affected global markets.

So, I think when people see the power of Composer it’ll be a no-brainer.

Let’s switch gears a little bit. What was your experience in On Deck like?

I was first referred by Packy McCormick in May 2020. I’m a huge fan of On Deck and the whole ethos behind it.

In some ways, it’s spiritually aligned with Composer. It’s this idea that anyone in the world can get the equivalent of the Stanford GSB without the pomp, circumstance, and BS that goes along with it.

Did you already have the idea for Composer when you joined On Deck?

I came into On Deck Founders when Composer was being incubated. So, it didn’t come out of On Deck per se, but it definitely played a role in its genesis.

On Deck acted as a central advisory role, providing important contacts and advice that would shape Composer down the line as it started to grow.

When you say that On Deck played a ‘central advisory role,’ what do you mean?

I loved the Slack channel, which was just this amazing repository of knowledge. I would say 80% of the time when I dig into Slack for an answer to a question, it’s already been answered.

The feedback aspect of On Deck Founders was amazing, too. People have real experience, so I was able to get on Zoom calls with people who were already angel investors or who had founded multiple startups.

One of those people was Yashar Nejati, the Director of On Deck Canada. He helped me avoid common pitfalls in fundraising and negotiating term sheets. Not to mention, he referred us to our very first institutional investor in Canada (Golden Ventures).

But the actionable advice wouldn’t have been the same without my peers' support. I remember people who were more qualified than I was saying, “Dude, this is a really good idea. Just keep going and you will raise money.” If you’ve never raised money before, having that confidence boost is huge.

Plus, getting context around the fact that it’s normal to get rejected when you raise money was reassuring. I didn’t know that at first.

ODF was also a way to get knowledge from people who’d worked in fintech. They’d tell us, “Okay, these are the data providers you should work with. These are who you shouldn’t. And this is what to watch out for.”

That kind of domain knowledge was super helpful. Learning about the postmortem side of the industry, and what to watch out for next, was instrumental.

Congratulations on the fundraise! What was doing a fully remote raise like?

Yes! So yeah, the big news is that cumulatively we’ve raised 5.35 million dollars. We closed the seed round led by First Round Capital, which we’re really pumped about, with the participation of Golden Ventures, Not Boring Capital, Basecamp, AVG, and Draft Ventures.

Honestly, raising the capital remotely worked really well. First, I don’t think speed and diligence are mutually exclusive. Second, it’s important to remember talent is evenly distributed and opportunity isn’t. So, I’m a huge fan of it because it helps level the playing field.

I think there are problems with remote, absolutely. But I’m going to be a remote-work supporter until I die because it democratizes opportunity.

Where do you Composer’s future headed now that the ball is rolling?

It might sound hyperbolic, but there’s really no upper bound as to where Composer can go. Long term, I think we can totally turn how asset management management works on its head. The process to launch and manage a public markets fund makes little sense. We think we can create a modern marketplace that allows creators to monetize their ideas, likely using DeFi protocols. It’s only up from here.

On Deck Founders
is a continuous community with a 4-week immersive onboarding to help you build lasting relationships from Day 1.
Apply Today