On Deck Customer Success
Helping senior customer success operators and executives expand their knowledge, build customer-centric cultures and maximize their potential as leaders
On Deck Product Management
Helping product managers hone their skills, build a trusted network of industry peers, and productize their expertise
On Deck Performative Speaking
Where the leaders of tomorrow come together to amplify their voice, craft their story, and master elite speaking skills to impact the world today.
On Deck Designers
For ambitious designers who want to hone their skills, increase their impact, and grow as leaders.
On Deck Chief of Staff
Where the best Chiefs of Staff go to uplevel their skills, build a supportive network, and get superpowers for themselves and their team.
DropsCase StudiesWall of LoveLabsCareersBlogMembers
Apply Now
Apply 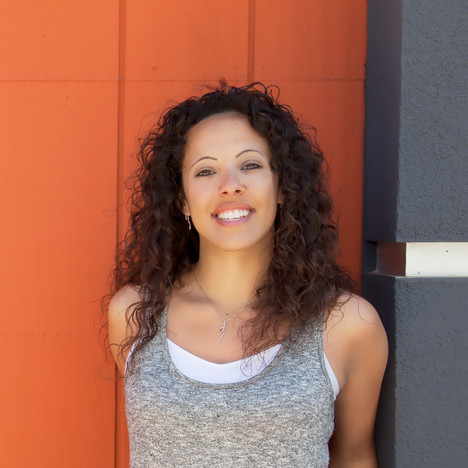 Ann is the Founder of Patch Ventures, a private partnership to invest in, advise on, and incubate growth, operations, and marketplace technology products. Patch Ventures is primarily focused on efforts that provide economic opportunity and/or reduce information asymmetries.

Prior to founding Patch, she was the Director of Growth for the East Coast at Lyft, as well as the General Manager of the New York Area (New York State and New Jersey). She graduated from Penn/Wharton with a Finance degree (Bachelors of Science in Economics), and completed her Masters with a focus on Information Technology & Information Management Systems at Harvard’s Extension School. She is based in New York City.

Ann applied for the On Deck Fellowship (ODF) with the intention of gaining clarity and determining her next professional step.

Why she joined ODF:

After over 12+ years in tech or tech-enabled businesses (in Boston,SF, and New York) - including the past ~5 year at Lyft -  I was ready to take some time off to consider a more entrepreneurial path. The first thing I knew would be important would be to continue to surround myself with talented and driven people. Since I was living in NY and most of my tech network was still in San Francisco, I was looking for good options. An old colleague of mine recommended a few networks, and On Deck was at the top of the list.

I decided to join the On Deck Fellowship and it was really fantastic. It was a mix of interesting people totally open to brainstorming and helping each other. On Deckt was just starting out and the community developed very quickly.

How On Deck has impacted her progress:

When I was coming into On Deck, I was trying to figure out: Do I want to be a founder? Do I want to be an investor? Basically, what do I want to do next? On Deck allowed me to make a lot of progress both tactically and also mentally. I realized through the program that I wanted to be a founder and maybe even build my own venture studio to enable more founders and be able to work on several exciting efforts at once.

I met so many people who had various experiences and were dabbling in all sorts of unique  industries and ventures at various scales. It gave me the tools and support to launch Patch Ventures. It also allowed me to grow as an advisor, and later as an investor. I also love the community flywheels the On Deck team is creating to promote growth and I’m so impressed with the way that they are bringing a global network together.

On Deck has quickly propelled me to feel confident in making so many big decisions.

On Deck is a benevolent group. People want to share information. On Deck does a great job of vetting and finding people with a deep desire to make an impact.

Who Ann thinks On Deck is perfect for:

Anyone who wants to keep creating and keep learning. At On Deck you will be surrounded by people who are open and willing to be resources. People that are action-oriented, but just need a community to support them.

What surprised her most about On Deck:

I’m always so surprised by the humility of everyone in the group. The network is hugely accomplished and brilliant and humble. I really value that.

My highlight is definitely the very first On Deck in-person party. I was plucked to informally host a session that night without any preparation.

That’s really the nature of On Deck. It doesn’t push you to be overly prepared, but - rather - to understand how to evaluate and decide quickly, and be proactive in developing the right relationships. They understand that organic and iterative connection is where the magic happens. When you don’t think you’re “ready,” you’re often way more ready than you think you are. On Deck really reminded me of that. 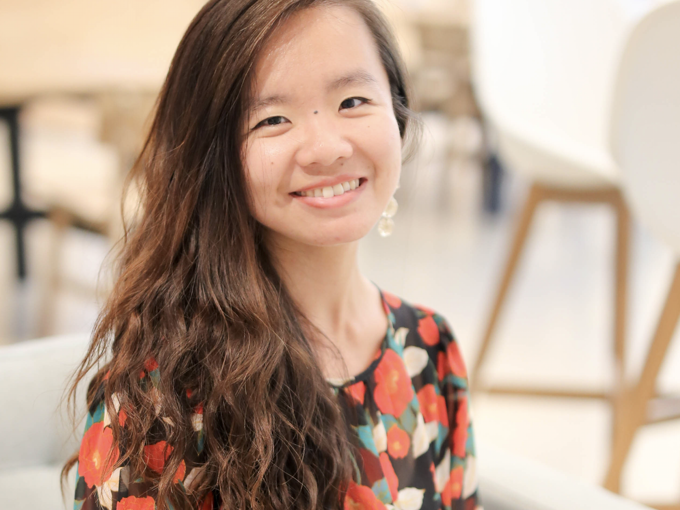 “I feel San Francisco or tech culture in general is very transactional and transient. On Deck has made the pitch startup culture a little more permanent and a little more genuine in my experience.” 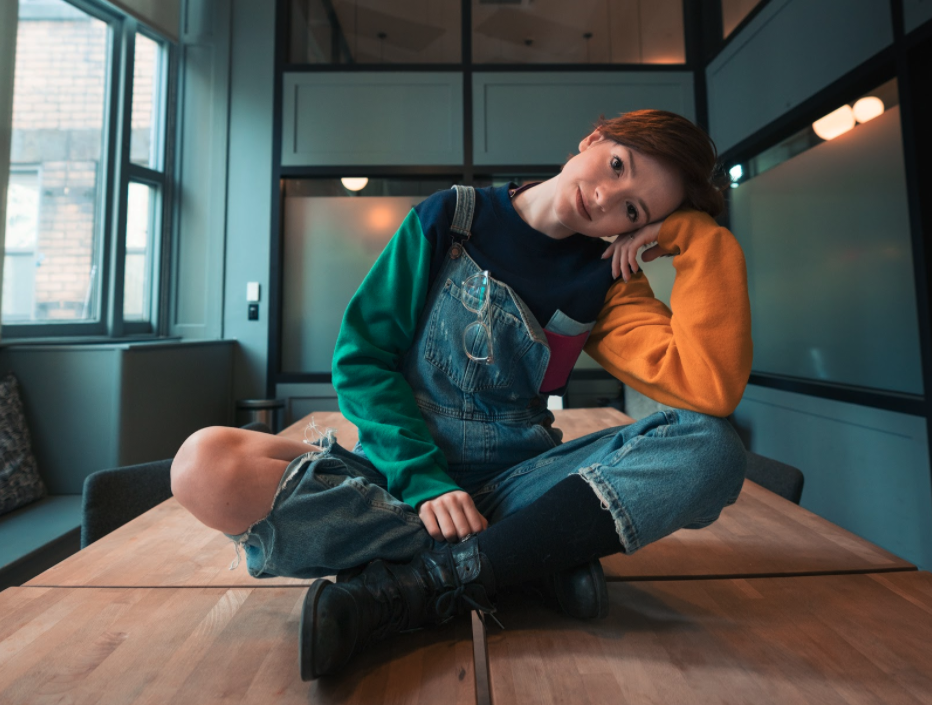 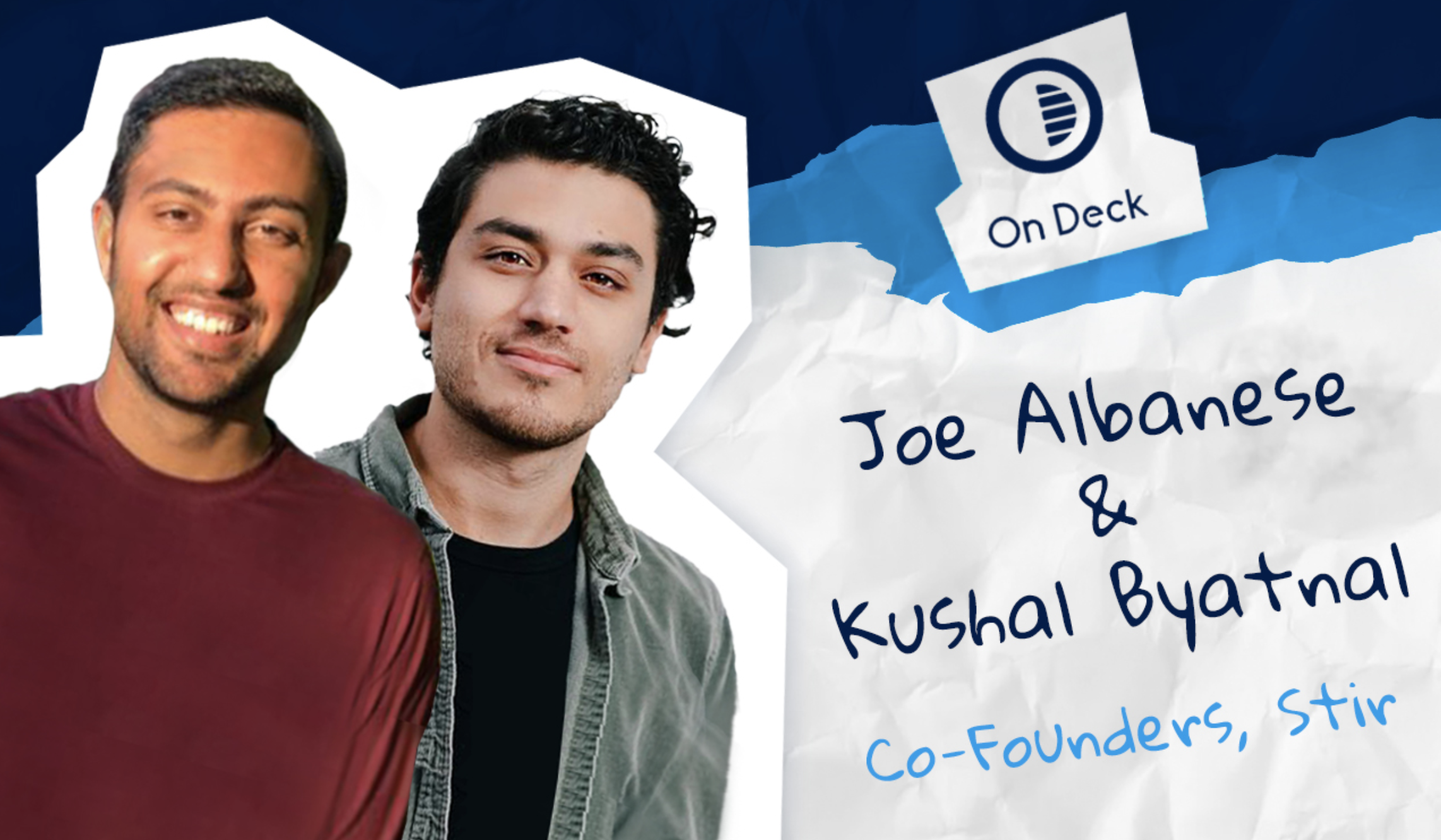 “What’s most impressive to us is how On Deck has grown without diluting the brand at all. They’ve kept the bar extremely high, and people love the program (including us). They’ve also fully democratized the network, which is extremely important for tech access.”