How We Started a Part-Time Climate-Focused Angel Syndicate 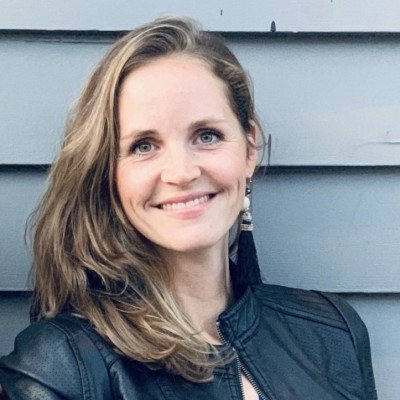 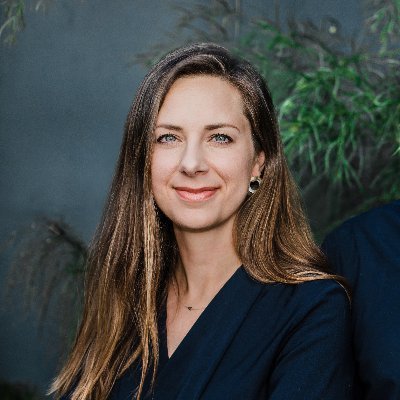 No items found.
Anke Huiskes and Kirsti Chou were both experienced operators looking to get into angel investing in the Climate-Tech space. A syndicate focused on bridging companies and investors between Europe and the U.S. had long been on their mind. Going through the On Deck Climate Tech Fellowship helped give them the momentum to turn their goals into reality.

How did you both meet?

Kirsti: Anke and I met at a Professional BusinessWomen of California (PBWC) conference in San Francisco. She had just finished presenting at a panel I was listening to and I was struck by her fresh take on investing compared to the rest of the panel. She had a can-do mentality and I almost saw myself in her given our similar backgrounds and values, I just had to find her backstage.

Anke: When she found me Kirsti expressed interest in getting into angel investing and we quickly met again at a coffee bar. From the second conversation, I knew she was serious and was ready to put her money where her mouth was. I invited her to one of the dinners I organized for early angel investors, and from then on our friendship blossomed.

What background did you both come from?

Kirsti: I started as an operator and most recently was at Vungle, an advertising technology startup that was acquired by Blackstone. When it was acquired in late 2019, I knew this was time for me to explore what was next as I realized I wanted to work in an industry that I was more passionate about Climate Tech.

Anke: I also started as an operator, albeit in the health tech space. As a side gig at one point, I somehow managed to become a note-taker at a group of angel investors in health tech, which taught me about how angel investing worked, how people were pitching, and how decisions were made.

While I was at Willow, I quickly noticed that Willow was an outlier — it was rare for there to be a well-funded, female-centric health tech company. To play my role in addressing this issue, I began to put my quality bonus into Portfolia’s Femtech Fund which became a doorway to getting involved in angel investing.

Why did you decide to start the Planet Positive Syndicate?

Kirsti: We were both clear from the start that we wanted to invest in Climate Tech startups but through a lens where we could play a small role in improving underrepresentation in venture - where there are very few females and POC operators and founders.

Anke: After aligning on this, we also noticed our shared background of being from Europe but having lived in the States for a long time. We believe that we could add value as a bridge between the two continents — investing in companies in the US and Europe but also ensuring that our LP pool is diverse and from both locations.

We know that we will never be the biggest check into a company and so we wanted to add value beyond the dollars by pulling from our own operating experience and connecting them with investors and climate-focused VCs in both locations. With that, Planet Positive became a reality.

Why did you both join On Deck Climate Tech?

Anke: We had always wanted to start our syndicate, but we needed something that would accelerate the decision-making and execution process for both of us. We talked about the On Deck fellowship and thought that it would help us improve our value-adds for our syndicate. We would be able to add more Climate-focused experts to our network, while also improving our own operational understanding of the field.

Kirsti had done more climate-centered angel investing at this time but I was still relatively new.

Kirsti: Fellows from the community helped us vote on a name, came up with a logo, and gave feedback on every new ask we had. Although these may seem like small actions, they helped us build out a lot of momentum.

We had to do a lot of diligence and paperwork for each company. As we wanted to operate in both the US and Europe, we couldn’t rely on one platform to help us serve all our needs. Having a community with large contingents of both US and European fellows helped us both with logistical difficulties and general morale and support.

What was your first syndicate deal?

Kirsti: We met the founder of Vaayu, the first company Planet Positive invested in before she had started the company. What stood out to us as investors were that she had a strong founder-market fit and had been extremely efficient with their execution. Most pre-seed companies often go into fundraising with a concept, but she already had a pilot, a paying customer, and a growing brand.

Kirsti: We structured the first deal as an SPV, which helped us bring in a $200k+ cheque as well as connect the founder with their lead investor for the round.

Anke: Going forward, we are aiming to do 2-6 syndicate deals every year if there is momentum.

How do you two view the future of the Climate-Tech space? How will Planet Positive position itself?

Anke: Our positioning will be focused on getting a diverse group of angel investors with relevant operational experience on the cap table of early-stage climate tech companies via SPVs. We want to support the founders in the earliest stages of their company, whether it’s around fundraising, hiring, scaling, or their GTM. That said, since this is a passion project and not a full-time job, we will be very judicial who to work with to make sure it makes sense for both parties. We both feel the urgency to focus on Climate Tech and get more and more people involved to help create the ripple effect and make an impact.

Kirsti: I’d just add that while the entire economy will transition into a greener one over the next couple of decades and we are starting to see significantly more funding for climate tech companies we will remain industry and sector agnostic but are looking for companies with meaningful climate impact and founding teams who share the same values i.e. are on a mission to solve the climate crisis as well as want to create opportunities for diverse investors. Geographically we will continue to invest in companies based in North America and Europe, and operating globally.

On Deck Climate Tech
is a continuous community with a 4-week immersive onboarding to help you build lasting relationships from Day 1.
Apply Today